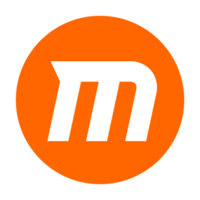 This is the second Stack Decision of this series. You can read the last one to catch up (link below). Bootstrap, Jacob Thornton aka @fat tweeted about #BootstrapCDN and according to Google Analytics, that sent 10k uniques to the site in 24 hours. Now I was pumped but I knew I was way over my head and needed help. Fortunately, I met my co-maintainer Josh Mervine at the 2013 O’Reilly Velocity Conference and we hit it off immediately. I showed him the MaxCDN and Amazon S3 stats and his eyebrows went up. When I showed him the code, he was very polite, “well, I mean it works but I really want to try Node.js out so I’m just going to rewrite everything in Node and Ruby for the S3 scripts.

I didn’t know what to expect from Josh, to be honest. In the next decision (part 3), I will go over how he completely transformed the project.