Heads up! You are comparing apples to oranges. Here is a related, more direct comparison: OpenStack vs Amazon VPC
HomeApplication and DataApplication HostingVirtual Private Cloud 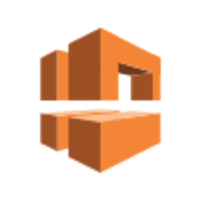 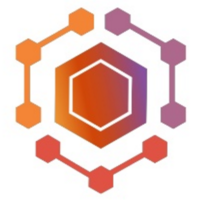 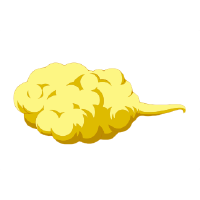 What is Amazon VPC?

You have complete control over your virtual networking environment, including selection of your own IP address range, creation of subnets, and configuration of route tables and network gateways. You can easily customize the network configuration for your Amazon VPC.

What is AWS Mobile Hub?

AWS Mobile Hub is the fastest way to build mobile apps powered by AWS. It lets you easily add and configure features for your apps, including user authentication, data storage, backend logic, push notifications, content delivery, and analytics. After you build your app, AWS Mobile Hub gives you easy access to testing on real devices, as well as analytics dashboards to track usage of your app – all from a single, integrated console.

Kinto is a lightweight JSON storage service with synchronisation and sharing abilities.

Why do developers choose Amazon VPC?

Why do developers choose Kinto?

What are the cons of using Amazon VPC?

What are the cons of using AWS Mobile Hub?

What are the cons of using Kinto?

Be the first to leave a con
Jobs that mention Amazon VPC, AWS Mobile Hub, and Kinto as a desired skillset

What companies use Amazon VPC?

What companies use AWS Mobile Hub?

What companies use Kinto?

What tools integrate with Amazon VPC?

What tools integrate with Kinto?

What are some alternatives to Amazon VPC, AWS Mobile Hub, and Kinto?
OpenStack
OpenStack is a cloud operating system that controls large pools of compute, storage, and networking resources throughout a datacenter, all managed through a dashboard that gives administrators control while empowering their users to provision resources through a web interface.
OpenVPN
It provides flexible VPN solutions to secure your data communications, whether it's for Internet privacy, remote access for employees, securing IoT, or for networking Cloud data centers. Our VPN Server software solution can be deployed on-premises using standard servers or virtual appliances, or on the cloud.
See all alternatives
Decisions about Amazon VPC, AWS Mobile Hub, and Kinto
No stack decisions found
Related Comparisons

VPC launched in mid 2009 as a companion product to the existing EC2 offering, though it quickly became considered to be EC2 2.0, as it remedied many of the commonly accepted EC2 downfalls. At face value, the migration didn’t seem conceptually difficult, as VPC was just another software abstraction on top of the same hardware, yet it was much more complex, with a few main issues:

This last point lingered in our heads as we tried to come up with a solution. What would it take to make EC2 and VPC talk to each other as if the security groups could negotiate? It seemed insurmountable: we had thousands of running instances in EC2 and we could not take any downtime. We were looking for a solution that would allow us to migrate at our own pace, moving partial and full tiers as needed, with secure communication between both sides.

So, we created Neti, a dynamic iptables-based firewall manipulation daemon, written in Python, and backed by Zookeeper.

Our architecture is running in Amazon VPC. That's actually what we started with and we're still very happy with. We’re pretty much tied into the entire platform.

The DB and some servers on a separate sub-net in the VPC. This ensures access to these servers are denied from any other machine than the VPC.

With VCP, you can secure and segment your nodes.

It is easy to manage, flexible, and gives great control over your virtual infrastructure.