Android SDK vs Volt vs Yii 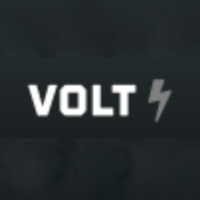 What is Android SDK?

Android provides a rich application framework that allows you to build innovative apps and games for mobile devices in a Java language environment.

Volt is a ruby web framework where your ruby code runs on both the server and the client (via opal.) The DOM automatically update as the user interacts with the page. Page state can be stored in the URL, if the user hits a URL directly, the HTML will first be rendered on the server for faster load times and easier indexing by search engines.

Why do developers choose Android SDK?

Why do developers choose Volt?

What are the cons of using Android SDK?

What are the cons of using Volt?

Be the first to leave a con
Jobs that mention Android SDK, Volt, and Yii as a desired skillset

What companies use Android SDK?

What companies use Volt?

What tools integrate with Android SDK?

What tools integrate with Volt?

What are some alternatives to Android SDK, Volt, and Yii?
Android Studio
Android Studio is a new Android development environment based on IntelliJ IDEA. It provides new features and improvements over Eclipse ADT and will be the official Android IDE once it's ready.
Ionic
Free and open source, Ionic offers a library of mobile and desktop-optimized HTML, CSS and JS components for building highly interactive apps. Use with Angular, React, Vue, or plain JavaScript.
React Native
React Native enables you to build world-class application experiences on native platforms using a consistent developer experience based on JavaScript and React. The focus of React Native is on developer efficiency across all the platforms you care about - learn once, write anywhere. Facebook uses React Native in multiple production apps and will continue investing in React Native.
Flutter
Flutter is a mobile app SDK to help developers and designers build modern mobile apps for iOS and Android.
Xamarin
Xamarin’s Mono-based products enable .NET developers to use their existing code, libraries and tools (including Visual Studio*), as well as skills in .NET and the C# programming language, to create mobile applications for the industry’s most widely-used mobile devices, including Android-based smartphones and tablets, iPhone, iPad and iPod Touch.
See all alternatives
Decisions about Android SDK, Volt, and Yii
No stack decisions found
Related Comparisons

So we very, very early on, we were iOS only, then we thought, well we’re missing out on half of the market. We need to add Android. So we had a friend of ours start working on the Android app, and I had to build the API for him, but I was having a really hard time doing that because I didn’t know what he needed exactly, so I built the first version of the web store over the weekend because I wanted to have a client to consume myself for the API I was building.

Self taught : acquired knowledge or skill on one's own initiative. Unity and app compatible porposes : software development kit that enables developers to create applications for the Android platform.

The Android SDK is the key-component of all Android-based development and had to be included in this stack for sure. We work with the SDK through IntelliJ IDEA and the command-line.

last time i used the android sdk was converting the tiktok app to ios. what a mess it was back then. the developer nature of the sdk was apparent vs apples offering.