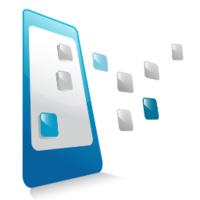 What is Apache Cordova?

Apache Cordova is a set of device APIs that allow a mobile app developer to access native device function such as the camera or accelerometer from JavaScript. Combined with a UI framework such as jQuery Mobile or Dojo Mobile or Sencha Touch, this allows a smartphone app to be developed with just HTML, CSS, and JavaScript.

Apportable lets you cross-compile your iOS app and re-use the same code across platforms.

Why do developers choose Apache Cordova?

Why do developers choose Apportable?

What are the cons of using Apache Cordova?

What are the cons of using Apportable?

Jobs that mention Apache Cordova, Apportable, and React Native as a desired skillset

What companies use Apache Cordova?

What tools integrate with Apache Cordova?

What tools integrate with Apportable?

What are some alternatives to Apache Cordova, Apportable, and React Native?
Xamarin
Xamarin’s Mono-based products enable .NET developers to use their existing code, libraries and tools (including Visual Studio*), as well as skills in .NET and the C# programming language, to create mobile applications for the industry’s most widely-used mobile devices, including Android-based smartphones and tablets, iPhone, iPad and iPod Touch.
PhoneGap
PhoneGap is a web platform that exposes native mobile device apis and data to JavaScript. PhoneGap is a distribution of Apache Cordova. PhoneGap allows you to use standard web technologies such as HTML5, CSS3, and JavaScript for cross-platform development, avoiding each mobile platforms' native development language. Applications execute within wrappers targeted to each platform, and rely on standards-compliant API bindings to access each device's sensors, data, and network status.
Electron
With Electron, creating a desktop application for your company or idea is easy. Initially developed for GitHub's Atom editor, Electron has since been used to create applications by companies like Microsoft, Facebook, Slack, and Docker. The Electron framework lets you write cross-platform desktop applications using JavaScript, HTML and CSS. It is based on io.js and Chromium and is used in the Atom editor.
Ionic
Free and open source, Ionic offers a library of mobile and desktop-optimized HTML, CSS and JS components for building highly interactive apps. Use with Angular, React, Vue, or plain JavaScript.
Flutter
Flutter is a mobile app SDK to help developers and designers build modern mobile apps for iOS and Android.
See all alternatives
Decisions about Apache Cordova, Apportable, and React Native
No stack decisions found
Related Comparisons

How developers use Apache Cordova, Apportable, and React Native

used in conjunction with ionic to build out ios and android app for a client. a little slow to run on devices but saves a ton on development time.

Used with Ionic to support various plugins and integrations with the native environment of iOS and Android.