Clojure vs D vs HAML 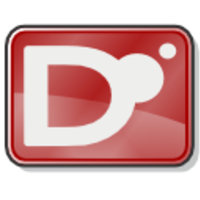 D is a language with C-like syntax and static typing. It pragmatically combines efficiency, control, and modeling power, with safety and programmer productivity.

Haml is a markup language that’s used to cleanly and simply describe the HTML of any web document, without the use of inline code. Haml functions as a replacement for inline page templating systems such as PHP, ERB, and ASP. However, Haml avoids the need for explicitly coding HTML into the template, because it is actually an abstract description of the HTML, with some code to generate dynamic content.

Why do developers choose D?

Why do developers choose HAML?

What are the cons of using D?

What are the cons of using HAML?

Jobs that mention Clojure, D, and HAML as a desired skillset

What companies use D?

What companies use HAML?

What tools integrate with D?

What tools integrate with HAML?

What are some alternatives to Clojure, D, and HAML?
Scala
Scala is an acronym for “Scalable Language”. This means that Scala grows with you. You can play with it by typing one-line expressions and observing the results. But you can also rely on it for large mission critical systems, as many companies, including Twitter, LinkedIn, or Intel do. To some, Scala feels like a scripting language. Its syntax is concise and low ceremony; its types get out of the way because the compiler can infer them.
Haskell
Common Lisp
Lisp was originally created as a practical mathematical notation for computer programs, influenced by the notation of Alonzo Church's lambda calculus. It quickly became the favored programming language for artificial intelligence (AI) research. As one of the earliest programming languages, Lisp pioneered many ideas in computer science, including tree data structures, automatic storage management, dynamic typing, conditionals, higher-order functions, recursion, and the self-hosting compiler. [source: wikipedia]
Elixir
Elixir leverages the Erlang VM, known for running low-latency, distributed and fault-tolerant systems, while also being successfully used in web development and the embedded software domain.
Julia
Julia is a high-level, high-performance dynamic programming language for technical computing, with syntax that is familiar to users of other technical computing environments. It provides a sophisticated compiler, distributed parallel execution, numerical accuracy, and an extensive mathematical function library.
See all alternatives
Decisions about Clojure, D, and HAML
No stack decisions found
Related Comparisons

Personally, I really like HAML. Not having to use open and close tags is a huge time saver. As a result, writing markup with HAML is much more pleasant. HAML essentially forces you to be very strict about spacing, organization, and structure. It also makes the markup easier to read. Protip: I use this pretty frequently: htmltohaml.com