Concourse vs Visual Studio Code: What are the differences?

Developers describe Concourse as "Pipeline-based CI system written in Go". Concourse's principles reduce the risk of switching to and from Concourse, by encouraging practices that decouple your project from your CI's little details, and keeping all configuration in declarative files that can be checked into version control. On the other hand, Visual Studio Code is detailed as "Build and debug modern web and cloud applications, by Microsoft". Build and debug modern web and cloud applications. Code is free and available on your favorite platform - Linux, Mac OSX, and Windows.

"Real pipelines" is the primary reason why developers consider Concourse over the competitors, whereas "Powerful multilanguage IDE" was stated as the key factor in picking Visual Studio Code.

Asana, Intuit, and Yahoo! are some of the popular companies that use Visual Studio Code, whereas Concourse is used by Starbucks, DigitalOcean, and HelloFresh. Visual Studio Code has a broader approval, being mentioned in 1104 company stacks & 2301 developers stacks; compared to Concourse, which is listed in 18 company stacks and 17 developer stacks. 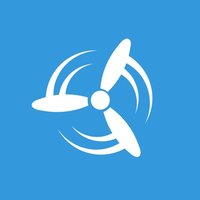 I'm planning to setup complete CD-CD setup for spark and python application which we are going to deploy in aws lambda and EMR Cluster. Which tool would be best one to choose. Since my company is trying to adopt to concourse i would like to understand what are the lack of capabilities concourse have . Thanks in advance !

I would definetly recommend Concourse to you, as it is one of the most advanced modern methods of making CI/CD while Jenkins is an old monolithic dinosaur. Concourse itself is cloudnative and containerbased which helps you to build simple, high-performance and scalable CI/CD pipelines. In my opinion, the only lack of skills you have with Concourse is your own knowledge of how to build pipelines and automate things. Technincally there is no lack, i would even say you can extend it way more easily. But as a Con it is more easy to interact with Jenkins if you are only used to UIs. Concourse needs someone which is capable of using CLIs.

Concourse's principles reduce the risk of switching to and from Concourse, by encouraging practices that decouple your project from your CI's little details, and keeping all configuration in declarative files that can be checked into version control.

What companies use Concourse?

See which teams inside your own company are using Concourse or Visual Studio Code.
Sign up for Private StackShareLearn More

What tools integrate with Concourse?

What are some alternatives to Concourse and Visual Studio Code?
Jenkins
In a nutshell Jenkins CI is the leading open-source continuous integration server. Built with Java, it provides over 300 plugins to support building and testing virtually any project.
CircleCI
Continuous integration and delivery platform helps software teams rapidly release code with confidence by automating the build, test, and deploy process. Offers a modern software development platform that lets teams ramp.
Spinnaker
Created at Netflix, it has been battle-tested in production by hundreds of teams over millions of deployments. It combines a powerful and flexible pipeline management system with integrations to the major cloud providers.
TeamCity
TeamCity is a user-friendly continuous integration (CI) server for professional developers, build engineers, and DevOps. It is trivial to setup and absolutely free for small teams and open source projects.
GitLab CI
GitLab offers a continuous integration service. If you add a .gitlab-ci.yml file to the root directory of your repository, and configure your GitLab project to use a Runner, then each merge request or push triggers your CI pipeline.
See all alternatives
See all the technologies you’re using across your company.
Sign up for Private StackShareLearn More