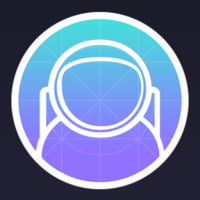 DevSpace is a desktop app that helps you stay up to date with what’s happening on GitHub in real time.

What is Docker Compose?

Why do developers choose DevSpace?

Why do developers choose Docker Compose?

What are the cons of using DevSpace?

What are the cons of using Docker Compose?

What companies use DevSpace?

What companies use Docker Compose?

What tools integrate with DevSpace?

What tools integrate with Docker Compose?

What are some alternatives to DevSpace and Docker Compose?
Kubernetes
Kubernetes is an open source orchestration system for Docker containers. It handles scheduling onto nodes in a compute cluster and actively manages workloads to ensure that their state matches the users declared intentions.
Rancher
Rancher is an open source container management platform that includes full distributions of Kubernetes, Apache Mesos and Docker Swarm, and makes it simple to operate container clusters on any cloud or infrastructure platform.
Docker Swarm
Swarm serves the standard Docker API, so any tool which already communicates with a Docker daemon can use Swarm to transparently scale to multiple hosts: Dokku, Compose, Krane, Deis, DockerUI, Shipyard, Drone, Jenkins... and, of course, the Docker client itself.
Helm
Helm is the best way to find, share, and use software built for Kubernetes.
Docker Machine
Machine lets you create Docker hosts on your computer, on cloud providers, and inside your own data center. It creates servers, installs Docker on them, then configures the Docker client to talk to them.
See all alternatives
Decisions about DevSpace and Docker Compose

Heroku was a decent choice to start a business, but at some point our platform was too big, too complex & too heterogenic, so Heroku started to be a constraint, not a benefit. First, we've started containerizing our apps with Docker to eliminate "works in my machine" syndrome & uniformize the environment setup. The first orchestration was composed with Docker Compose , but at some point it made sense to move it to Kubernetes. Fortunately, we've made a very good technical decision when starting our work with containers - all the container configuration & provisions HAD (since the beginning) to be done in code (Infrastructure as Code) - we've used Terraform & Ansible for that (correspondingly). This general trend of containerisation was accompanied by another, parallel & equally big project: migrating environments from Heroku to AWS: using Amazon EC2 , Amazon EKS, Amazon S3 & Amazon RDS.

If you are just starting out, might as well learn Kubernetes There's a lot of tools that come with Kube that make it easier to use and most importantly: you become cloud-agnostic. We use Ansible because it's a lot simpler than Chef or Puppet and if you use Docker Compose for your deployments you can re-use them with Kubernetes later when you migrate

Since our production deployment makes use of the Convox platform, we use this to describe the containers to be deployed via Convox to AWS ECS.

We also use this for our local dev environment (previously used vagrant with chef).

Aside from our Minecraft-infrastructure, we compose it with ... Docker Compose! (kinda obious, eh .. ?) This includes for example the web-services, aswell as the monitoring and mail-infrastructure.

Docker Compose is just another part of my "infrastructure as code" initiative and allows me to build isolated pieces of systems with their own volumes and networks.

The core tech in ACS (Azure Container Services) we spin up a Kubernetes cluster and deploy our app into staging and production environments here.