Heads up! You are comparing apples to oranges. Here is a related, more direct comparison: RabbitMQ vs NSQ
HomeApplication and DataData StoresBig Data Tools

Druid vs NSQ: What are the differences?

Druid can be classified as a tool in the "Big Data Tools" category, while NSQ is grouped under "Message Queue".

"Real Time Aggregations" is the primary reason why developers consider Druid over the competitors, whereas "It's in golang" was stated as the key factor in picking NSQ.

Airbnb, Instacart, and Dial Once are some of the popular companies that use Druid, whereas NSQ is used by Stripe, Docker, and Segment. Druid has a broader approval, being mentioned in 24 company stacks & 12 developers stacks; compared to NSQ, which is listed in 21 company stacks and 8 developer stacks.

Why do developers choose Druid?

What are the cons of using Druid?

Jobs that mention Druid and NSQ as a desired skillset 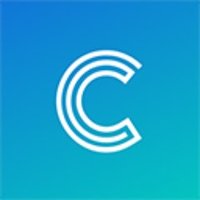 What companies use Druid?

What tools integrate with Druid?

No integrations found
What are some alternatives to Druid and NSQ?
HBase
Apache HBase is an open-source, distributed, versioned, column-oriented store modeled after Google' Bigtable: A Distributed Storage System for Structured Data by Chang et al. Just as Bigtable leverages the distributed data storage provided by the Google File System, HBase provides Bigtable-like capabilities on top of Apache Hadoop.
MongoDB
MongoDB stores data in JSON-like documents that can vary in structure, offering a dynamic, flexible schema. MongoDB was also designed for high availability and scalability, with built-in replication and auto-sharding.
Cassandra
Partitioning means that Cassandra can distribute your data across multiple machines in an application-transparent matter. Cassandra will automatically repartition as machines are added and removed from the cluster. Row store means that like relational databases, Cassandra organizes data by rows and columns. The Cassandra Query Language (CQL) is a close relative of SQL.
Prometheus
Prometheus is a systems and service monitoring system. It collects metrics from configured targets at given intervals, evaluates rule expressions, displays the results, and can trigger alerts if some condition is observed to be true.
Elasticsearch
Elasticsearch is a distributed, RESTful search and analytics engine capable of storing data and searching it in near real time. Elasticsearch, Kibana, Beats and Logstash are the Elastic Stack (sometimes called the ELK Stack).
See all alternatives
Decisions about Druid and NSQ
No stack decisions found
Related Comparisons