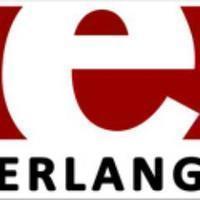 Elixir vs Erlang: What are the differences?

Elixir and Erlang can be categorized as "Languages" tools.

"Concurrency" is the top reason why over 124 developers like Elixir, while over 49 developers mention "Real time, distributed applications" as the leading cause for choosing Erlang.

Poll Everywhere, NoRedInk, and Resultados Digitais are some of the popular companies that use Elixir, whereas Erlang is used by WhatsApp, Heroku, and thoughtbot. Elixir has a broader approval, being mentioned in 177 company stacks & 190 developers stacks; compared to Erlang, which is listed in 70 company stacks and 47 developer stacks.

Elixir leverages the Erlang VM, known for running low-latency, distributed and fault-tolerant systems, while also being successfully used in web development and the embedded software domain.

Why do developers choose Elixir?

What are the cons of using Elixir?

What companies use Elixir?

What tools integrate with Elixir?

What are some alternatives to Elixir and Erlang?
Go
Go is expressive, concise, clean, and efficient. Its concurrency mechanisms make it easy to write programs that get the most out of multicore and networked machines, while its novel type system enables flexible and modular program construction. Go compiles quickly to machine code yet has the convenience of garbage collection and the power of run-time reflection. It's a fast, statically typed, compiled language that feels like a dynamically typed, interpreted language.
Clojure
Clojure is designed to be a general-purpose language, combining the approachability and interactive development of a scripting language with an efficient and robust infrastructure for multithreaded programming. Clojure is a compiled language - it compiles directly to JVM bytecode, yet remains completely dynamic. Clojure is a dialect of Lisp, and shares with Lisp the code-as-data philosophy and a powerful macro system.
Ruby
Ruby is a language of careful balance. Its creator, Yukihiro “Matz” Matsumoto, blended parts of his favorite languages (Perl, Smalltalk, Eiffel, Ada, and Lisp) to form a new language that balanced functional programming with imperative programming.
Rust
Rust is a systems programming language that combines strong compile-time correctness guarantees with fast performance. It improves upon the ideas of other systems languages like C++ by providing guaranteed memory safety (no crashes, no data races) and complete control over the lifecycle of memory.
Haskell
See all alternatives
Decisions about Elixir and Erlang

When you think about test automation, it’s crucial to make it everyone’s responsibility (not just QA Engineers'). We started with Selenium and Java, but with our platform revolving around Ruby, Elixir and JavaScript, QA Engineers were left alone to automate tests. Cypress was the answer, as we could switch to JS and simply involve more people from day one. There's a downside too, as it meant testing on Chrome only, but that was "good enough" for us + if really needed we can always cover some specific cases in a different way.

i've give a try to Ruby, Crystal, Python and GO, and yeah, for web development i use Elixir-Phoenix, because idk why just amazing, my phoenix app is very stable (comparing to api that written in other language), Ruby is slow, Crystal has unstable API, GO, umm yeah, you need too complicated (i use golang for microservice)

How developers use Elixir and Erlang

Huge boon to productivity when coupled with Phoenix. Moreover, it has made background jobs and all the unseen aspects of a business easily abstracted.

For some internal tools like our email deliverability monitor

Elixir and Phoenix are awesome.