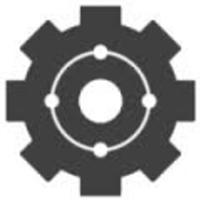 Gearman vs Kafka: What are the differences?

Developers describe Gearman as "A generic application framework to farm out work to other machines or processes". Gearman allows you to do work in parallel, to load balance processing, and to call functions between languages. It can be used in a variety of applications, from high-availability web sites to the transport of database replication events. On the other hand, Kafka is detailed as "Distributed, fault tolerant, high throughput pub-sub messaging system". Kafka is a distributed, partitioned, replicated commit log service. It provides the functionality of a messaging system, but with a unique design.

Gearman and Kafka can be primarily classified as "Message Queue" tools.

Some of the features offered by Gearman are:

"Free" is the primary reason why developers consider Gearman over the competitors, whereas "High-throughput" was stated as the key factor in picking Kafka.

Uber Technologies, Spotify, and Slack are some of the popular companies that use Kafka, whereas Gearman is used by Instagram, Hootsuite, and Grooveshark. Kafka has a broader approval, being mentioned in 509 company stacks & 470 developers stacks; compared to Gearman, which is listed in 19 company stacks and 5 developer stacks.

Gearman allows you to do work in parallel, to load balance processing, and to call functions between languages. It can be used in a variety of applications, from high-availability web sites to the transport of database replication events.

Why do developers choose Gearman?

What are the cons of using Gearman?

Jobs that mention Gearman and Kafka as a desired skillset

What companies use Gearman?

What tools integrate with Gearman?

What are some alternatives to Gearman and Kafka?
RabbitMQ
RabbitMQ gives your applications a common platform to send and receive messages, and your messages a safe place to live until received.
Celery
Celery is an asynchronous task queue/job queue based on distributed message passing. It is focused on real-time operation, but supports scheduling as well.
Redis
Redis is an open source, BSD licensed, advanced key-value store. It is often referred to as a data structure server since keys can contain strings, hashes, lists, sets and sorted sets.
Beanstalkd
Beanstalks's interface is generic, but was originally designed for reducing the latency of page views in high-volume web applications by running time-consuming tasks asynchronously.
Amazon SQS
Transmit any volume of data, at any level of throughput, without losing messages or requiring other services to be always available. With SQS, you can offload the administrative burden of operating and scaling a highly available messaging cluster, while paying a low price for only what you use.
See all alternatives
Decisions about Gearman and Kafka