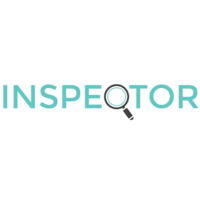 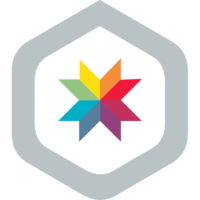 Inspeqtor monitors your application infrastructure. It gathers and verifies key metrics from all the moving parts in your application and alerts you when something looks wrong. It understands the application deployment workflow so it won't bother you during a deploy.

Librato provides a complete solution for monitoring and understanding the metrics that impact your business at all levels of the stack. We provide everything you need to visualize, analyze, and actively alert on the metrics that matter to you.

Skylight is a smart profiler for your Rails apps that visualizes request performance across all of your servers.

Why do developers choose Inspeqtor?

Why do developers choose Librato?

Why do developers choose Skylight?

What are the cons of using Inspeqtor?

What are the cons of using Librato?

What are the cons of using Skylight?

Jobs that mention Inspeqtor, Librato, and Skylight as a desired skillset

What companies use Skylight?

What tools integrate with Inspeqtor?

What tools integrate with Librato?

What tools integrate with Skylight?

What are some alternatives to Inspeqtor, Librato, and Skylight?
Monit
It can monitor and manage distributed computer systems, conduct automatic maintenance and repair and execute meaningful causal actions in error situations.
New Relic
New Relic is the all-in-one web application performance tool that lets you see performance from the end user experience, through servers, and down to the line of application code.
Datadog
Datadog is the leading service for cloud-scale monitoring. It is used by IT, operations, and development teams who build and operate applications that run on dynamic or hybrid cloud infrastructure. Start monitoring in minutes with Datadog!
ruxit
Ruxit is a all-in-one performance monitoring solution for cloud natives. In under five minutes customizable dashboard views show you your application's performance data.
AppDynamics
AppDynamics develops application performance management (APM) solutions that deliver problem resolution for highly distributed applications through transaction flow monitoring and deep diagnostics.
See all alternatives
Decisions about Inspeqtor, Librato, and Skylight
No stack decisions found
Related Comparisons

If you follow the registration flow you end up with running analytics virtually in a minute. Awesome first experience.

I don't have my application in production so I needed to enable skylight in development, but Skylight navigated me nicely to the exact paragraph of a documentation, which helped.

When we were facing performance issues with the new StackShare app. We originally thought it was a server issue. So we did quite a bit of research to see how many dynos we should be using for the sort of application we have and traffic profile. We couldn’t find anything useful online so I ended up asking my buddy Alain over at BlockScore. After a quick convo with him, I knew we should be totally fine with just 2 dynos.

We also tested the theory by increasing the number of dynos and running the load tests. They had little to no effect on error rate, so this also confirmed that it wasn’t a server issue.

So that meant it was an application issue. New Relic wasn’t any help. I spoke with another friend who suggested we use a profiler. We totally should have been using one all along. We added mini-profiler, which was great for identifying slow queries and overall page load times. We also had the Rails Chrome extension so we could see how long view rendering was taking. So we cleaned up the slowest queries.

We tried to use mini-profiler in production on the new StackShare app and for some reason, we couldn’t get it to work. We were in a time crunch so I asked Alain what they used and he said that they use Skylight in production. Funny enough, I remembered the name Skylight because we listed it on the site a while back. So we did that, and at first we couldn’t really see how it was useful. Then we realized what we were seeing were a ton of repeat queries on some of the pages we load tested.

Skylight is cool because it sort of gives you the full MVC profile. We were able to pinpoint specific db queries that being repeated. So we cleaned those up pretty quickly. But then we noticed the views were taking up all the load time, so we start implementing caching more aggressively. After we cleaned up the db queries and added more caching, our pages went from this:

Skylight ended up being super useful. We use it in production now.

An essential for determining production performance. It provides us with clear insights into what might be slowing down responses so we know exactly what to fix.