Meteor vs Rails vs Sane Stack 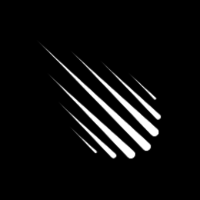 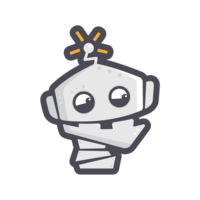 What is Sane Stack?

Why do developers choose Meteor?

Why do developers choose Sane Stack?

What are the cons of using Meteor?

What are the cons of using Sane Stack?

Jobs that mention Meteor, Rails, and Sane Stack as a desired skillset

What companies use Meteor?

What companies use Sane Stack?

What tools integrate with Meteor?

What tools integrate with Sane Stack?

What are some alternatives to Meteor, Rails, and Sane Stack?
React
Lots of people use React as the V in MVC. Since React makes no assumptions about the rest of your technology stack, it's easy to try it out on a small feature in an existing project.
Angular 2
It is a TypeScript-based open-source web application framework. It is a development platform for building mobile and desktop web applications.
Node.js
Node.js uses an event-driven, non-blocking I/O model that makes it lightweight and efficient, perfect for data-intensive real-time applications that run across distributed devices.
ASP.NET
.NET is a developer platform made up of tools, programming languages, and libraries for building many different types of applications.
Django
Django is a high-level Python Web framework that encourages rapid development and clean, pragmatic design.
See all alternatives
Decisions about Meteor, Rails, and Sane Stack
No stack decisions found
Related Comparisons

I discovered Meteor thanks to my daughter who used it for a project at MIT. I was amazed at how much she had built in such a short time. I had also been trying to figure out how to build a browser-based crypto app so I jumped into Meteor and had an MVP for cloak.ly in a few short months starting from nothing. Learning Meteor really alters what you perceive as easy and difficult in full-stack development. It has an amazing ability to simplify your thinking and your code. Community support in terms of packages is outstanding as well which saves tremendous time. The quality of the software is outstanding with very few regressions cropping up during their frequent releases.

Being at the bleeding edge of the js community does have its downsides however. While early Meteor (with Blaze/handlebars templates) was exceedingly simple, Meteor have had to introduce support for both angular and react. In combination with the move to ECMAscript this has resulted in a lot of work for developers to just keep up with the evolution of the platform. Someone who was an expert 6 months ago might quickly find themselves being a newb again. If you're someone who doesn't like change you may want to stick to jQuery.

Living in the bay area I have the luxury of being able to attend Meteor events frequently. Having met many members of the MDG team, I have tremendous confidence in the future of the platform. This is a very solid group with a rare combination of broad vision and excellent execution.

Meteor is my favorite framework. It makes everything fun. Syncing data across devices is really easy and you don't have to mess around with sockets at all. You can insert data into the database on the client. There's tons of security options. There's over 3000 packages on the packaging system. Instant iOS and Android apps. Amazing, reactive routing. Free hosting. Easy deployment with Meteor Up. What's not to like?

Meteor is so powerful and flexible. I love it. In the near future, it will be the top-used framework.

We have gone "all in" on Meteor and I recommend you do to.

How developers use Meteor, Rails, and Sane Stack

The first live version of Leanstack was actually a WordPress site. There wasn’t a whole lot going on at first. We had static pages with static content that needed to be updated manually. Then came the concept of user-generated content and we made the switch to a full on Rails app in November of last year. Nick had a lot of experience with Rails so that made the decision pretty easy. But I had also played around with Rails previously and was comfortable working with it. I also knew I’d need to hire engineers with a lot more experience building web apps than I do, so I wanted to go with a language and framework other people would have experience with. Also, the sheer number of gems and tools available for Rails is pretty amazing (shout to RubyToolbox ).

I don’t see us ever having to move away from Rails really, but I could be wrong. Leanstack was built in Rails 3. For StackShare we decided to upgrade to Rails 4. Biggest issue with that has been caching. DHH decided to remove the standard page and action caching in favor of key-based caching (source)[http://edgeguides.rubyonrails.org/caching_with_rails.html#page-caching]. Probably a good thing from a framework-perspective. But pretty shitty to have to learn about that after testing out your new app and realizing nothing is cached anymore :( We’ll need to spend some more time implementing "Russian Doll Caching", but for now we’ve got a random mixture of fragment and action caching (usually one or the other) based on which pages are most popular.

We use Rails for webpages and projects, not for backend services. Actually if you click through our website, you won't notice it but you're clicking though, I think, seven or eight different Rails projects. We tie those all together with a front-end library that we wrote, which basically makes sure that you have a consistent experience over all these different Rails apps.

It's a gem, we call it Karmeleon. It's not a gem that we released. It's an internal gem. Basically what it does is it makes sure that we have a consistent layout across multiple Rails apps. Then we can share stuff like a menu bar or footer or that kind of stuff.

So if we start a new front end project it's always a Rails application. We pull in the Karmeleon gem with all our styling stuff and then basically the application is almost ready to be deployed. That would be an empty page, but you would still have top bar, footer, you have some custom components that you can immediately use. So it kind of bootstraps our entire project to be a front end project.

Web has always been in Rails from the beginning, so we used Redis for caching our items, which we had, from the beginning. Rails is kind of what we were comfortable with, and we knew we wanted the front end to be really, really snappy, so we de-normalized all the item attributes into Redis, and that's how it got served out.

For this project rails was ideal due to new features introduced in Rails 5 that allowed us to build a lightweight "API only" project. Developer familiarity and the ability to rapidly iterate, as well as providing an accessible testing framework were additional factors.

Without Meteor cloak.ly could not have been built as quickly by such a small team. Meteor was instrumental to getting an MVP up quickly and dealing with the complexities of browser-based encryption.

Built on Node.js, Meteor's real time reactivity and its wide package ecosystem allows us to quickly prototype and build apps in a lean way

We would like to make magic with Meteor for the future of GiftStarter.

Hooked is built with Meteor as the primary application framework.