MySQL vs PostgreSQL vs PumpkinDB 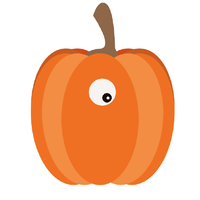 Why do developers choose MySQL?

Why do developers choose PumpkinDB?

What are the cons of using MySQL?

What are the cons of using PumpkinDB?

Be the first to leave a con
Jobs that mention MySQL, PostgreSQL, and PumpkinDB as a desired skillset

What companies use MySQL?

What tools integrate with MySQL?

What tools integrate with PumpkinDB?

What are some alternatives to MySQL, PostgreSQL, and PumpkinDB?
Oracle
Oracle Database is an RDBMS. An RDBMS that implements object-oriented features such as user-defined types, inheritance, and polymorphism is called an object-relational database management system (ORDBMS). Oracle Database has extended the relational model to an object-relational model, making it possible to store complex business models in a relational database.
MariaDB
Started by core members of the original MySQL team, MariaDB actively works with outside developers to deliver the most featureful, stable, and sanely licensed open SQL server in the industry. MariaDB is designed as a drop-in replacement of MySQL(R) with more features, new storage engines, fewer bugs, and better performance.
MongoDB
MongoDB stores data in JSON-like documents that can vary in structure, offering a dynamic, flexible schema. MongoDB was also designed for high availability and scalability, with built-in replication and auto-sharding.
Microsoft SQL Server
Microsoft® SQL Server is a database management and analysis system for e-commerce, line-of-business, and data warehousing solutions.
SQLite
SQLite is an embedded SQL database engine. Unlike most other SQL databases, SQLite does not have a separate server process. SQLite reads and writes directly to ordinary disk files. A complete SQL database with multiple tables, indices, triggers, and views, is contained in a single disk file.
See all alternatives
Decisions about MySQL, PostgreSQL, and PumpkinDB
No stack decisions found
Related Comparisons

We use postgresql for the merge between sql/nosql. A lot of our data is unstructured JSON, or JSON that is currently in flux due to some MVP/interation processes that are going on. PostgreSQL gives the capability to do this.

At the moment PostgreSQL on amazon is only at 9.5 which is one minor version down from support for document fragment updates which is something that we are waiting for. However, that may be some ways away.

Other than that, we are using PostgreSQL as our main SQL store as a replacement for all the MSSQL databases that we have. Not only does it have great support through RDS (small ops team), but it also has some great ways for us to migrate off RDS to managed EC2 instances down the line if we need to.

PostgreSQL combines the best aspects of traditional SQL databases such as reliability, consistent performance, transactions, querying power, etc. with the flexibility of schemaless noSQL systems that are all the rage these days. Through the powerful JSON column types and indexes, you can now have your cake and eat it too! PostgreSQL may seem a bit arcane and old fashioned at first, but the developers have clearly shown that they understand databases and the storage trends better than almost anyone else. It definitely deserves to be part of everyone's toolbox; when you find yourself needing rock solid performance, operational simplicity and reliability, reach for PostgresQL.

Relational data stores solve a lot of problems reasonably well. Postgres has some data types that are really handy such as spatial, json, and a plethora of useful dates and integers. It has good availability of indexing solutions, and is well-supported for both custom modifications as well as hosting options (I like Amazon's Postgres for RDS). I use HoneySQL for Clojure as a composable AST that translates reliably to SQL. I typically use JDBC on Clojure, usually via org.clojure/java.jdbc.

1.It's very popular. Heared about it in Database class 2. The most comprehensive set of advanced features, management tools and technical support to achieve the highest levels of MySQL scalability, security, reliability, and uptime. 3. MySQL is an open-source relational database management system. Its name is a combination of "My", the name of co-founder Michael Widenius's daughter, and "SQL", the abbreviation for Structured Query Language.

We use MySQL and variants thereof to store the data for our projects such as the community. MySQL being a well established product means that support is available whenever it is required along with an extensive list of support articles all over the web for diagnosing issues. Variants are also used where needed when, for example, better performance is needed.

PostgreSQL is responsible for nearly all data storage, validation and integrity. We leverage constraints, functions and custom extensions to ensure we have only one source of truth for our data access rules and that those rules live as close to the data as possible. Call us crazy, but ORMs only lead to ruin and despair.

MySQL is a freely available open source Relational Database Management System (RDBMS) that uses Structured Query Language (SQL). SQL is the most popular language for adding, accessing and managing content in a database. It is most noted for its quick processing, proven reliability, ease and flexibility of use.

Tried MongoDB - early euphoria - later dread. Tried MySQL - not bad at all. Found PostgreSQL - will never go back. So much support for this it should be your first choice. Simple local (free) installation, and one-click setup in Heroku - lots of options in terms of pricing/performance combinations.

I am not using this DB for blog posts or data stored on the site. I am using to track IP addresses and fully qualified domain names of attacker machines that either posted spam on my website, pig flooded me, or had more that a certain number of failed SSH attempts.