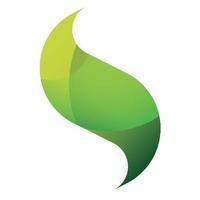 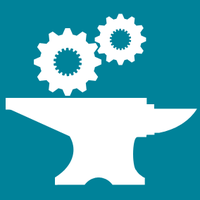 What is Sencha Touch?

Sencha Touch 2, a high-performance HTML5 mobile application framework, is the cornerstone of the Sencha HTML5 platform. Built for enabling world-class user experiences, Sencha Touch 2 is the only framework that enables developers to build fast and impressive apps that work on iOS, Android, BlackBerry, Kindle Fire, and more.

You write your HTML5 code using the Forge JavaScript API which gives you access to native features such as the camera and contacts API.

Why do developers choose Sencha Touch?

Why do developers choose Trigger.io?

What are the cons of using Sencha Touch?

What are the cons of using Trigger.io?

Be the first to leave a con
Jobs that mention React Native, Sencha Touch, and Trigger.io as a desired skillset

What companies use Sencha Touch?

What companies use Trigger.io?

What tools integrate with Sencha Touch?

What tools integrate with Trigger.io?

What are some alternatives to React Native, Sencha Touch, and Trigger.io?
Flutter
Flutter is a mobile app SDK to help developers and designers build modern mobile apps for iOS and Android.
Swift
Writing code is interactive and fun, the syntax is concise yet expressive, and apps run lightning-fast. Swift is ready for your next iOS and OS X project — or for addition into your current app — because Swift code works side-by-side with Objective-C.
Xamarin
Xamarin’s Mono-based products enable .NET developers to use their existing code, libraries and tools (including Visual Studio*), as well as skills in .NET and the C# programming language, to create mobile applications for the industry’s most widely-used mobile devices, including Android-based smartphones and tablets, iPhone, iPad and iPod Touch.
NativeScript
NativeScript enables developers to build native apps for iOS, Android and Windows Universal while sharing the application code across the platforms. When building the application UI, developers use our libraries, which abstract the differences between the native platforms.
React
Lots of people use React as the V in MVC. Since React makes no assumptions about the rest of your technology stack, it's easy to try it out on a small feature in an existing project.
See all alternatives
Decisions about React Native, Sencha Touch, and Trigger.io
No stack decisions found
Related Comparisons

How developers use React Native, Sencha Touch, and Trigger.io