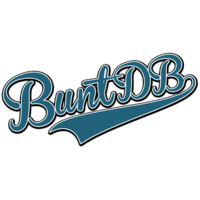 What is BuntDB and what are its top alternatives?

BuntDB is a low-level, in-memory, key/value store in pure Go. It persists to disk, is ACID compliant, and uses locking for multiple readers and a single writer. It supports custom indexes and geospatial data. It's ideal for projects that need a dependable database and favor speed over data size.
BuntDB is a tool in the In-Memory Databases category of a tech stack.
BuntDB is an open source tool with 2.6K GitHub stars and 180 GitHub forks. Here’s a link to BuntDB's open source repository on GitHub
Top Alternatives

We use MongoDB as our primary #datastore. Mongo's approach to replica sets enables some fantastic patterns for operations like maintenance, backups, and #ETL.

As we pull #microservices from our #monolith, we are taking the opportunity to build them with their own datastores using PostgreSQL. We also use Redis to cache data we’d never store permanently, and to rate-limit our requests to partners’ APIs (like GitHub).

When we’re dealing with large blobs of immutable data (logs, artifacts, and test results), we store them in Amazon S3. We handle any side-effects of S3’s eventual consistency model within our own code. This ensures that we deal with user requests correctly while writes are in process.

1.0 of Stream leveraged Cassandra for storing the feed. Cassandra is a common choice for building feeds. Instagram, for instance started, out with Redis but eventually switched to Cassandra to handle their rapid usage growth. Cassandra can handle write heavy workloads very efficiently.

Cassandra is a great tool that allows you to scale write capacity simply by adding more nodes, though it is also very complex. This complexity made it hard to diagnose performance fluctuations. Even though we had years of experience with running Cassandra, it still felt like a bit of a black box. When building Stream 2.0 we decided to go for a different approach and build Keevo. Keevo is our in-house key-value store built upon RocksDB, gRPC and Raft.

RocksDB is a highly performant embeddable database library developed and maintained by Facebook’s data engineering team. RocksDB started as a fork of Google’s LevelDB that introduced several performance improvements for SSD. Nowadays RocksDB is a project on its own and is under active development. It is written in C++ and it’s fast. Have a look at how this benchmark handles 7 million QPS. In terms of technology it’s much more simple than Cassandra.

This translates into reduced maintenance overhead, improved performance and, most importantly, more consistent performance. It’s interesting to note that LinkedIn also uses RocksDB for their feed.