Haml is a markup language that’s used to cleanly and simply describe the HTML of any web document, without the use of inline code. Haml functions as a replacement for inline page templating systems such as PHP, ERB, and ASP. However, Haml avoids the need for explicitly coding HTML into the template, because it is actually an abstract description of the HTML, with some code to generate dynamic content.
HAML is a tool in the Languages category of a tech stack.
HAML is an open source tool with 3.5K GitHub stars and 558 GitHub forks. Here’s a link to HAML's open source repository on GitHub

Companies
135 companies reportedly use HAML in their tech stacks, including StackShare, Accenture, and Bukalapak.
Developers
268 developers on StackShare have stated that they use HAML.

Here are some stack decisions, common use cases and reviews by companies and developers who chose HAML in their tech stack. 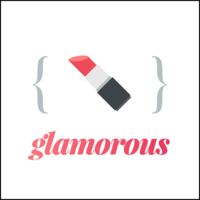 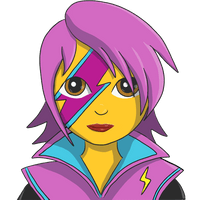 When we rebooted our front-end stack earlier this year, we wanted to have a consolidated and friendly developer experience. Up to that point we were using Sass and BEM. There was a mix of HAML views, React components and Angular. Since our ongoing development was going to be exclusively in React, we wanted to shift to an inline styling library so the "wall of classnames" could be eliminated. The ever-shifting landscape of inline CSS libraries for React is sometimes difficult to navigate.

We decided to go with Glamorous for a few reasons:

As you may or may not know, Glamorous has ceased active development and been mostly superseded by Emotion. We are planning to migrate to either Emotion or @styled-components in the near future, and I'll write another Stack Decision when we get there!

Our legacy HAML pages use Bootstrap as a basic styling framework.

Love it or hate it, but for full-stack developers, Bootstrap is still one of the quickest ways to hit the ground running. All startup websites had to start somewhere, and we are no exception at StackShare!

These days, our frontend team writes or rewrites all our new pages with React components that each have their own CSS styling.

What are some alternatives to HAML?
Slim
Slim is easy to use for both beginners and professionals. Slim favors cleanliness over terseness and common cases over edge cases. Its interface is simple, intuitive, and extensively documented — both online and in the code itself.
Pug
This project was formerly known as "Jade." Pug is a high performance template engine heavily influenced by Haml and implemented with JavaScript for Node.js and browsers.
YAML
A human-readable data-serialization language. It is commonly used for configuration files, but could be used in many applications where data is being stored or transmitted.
JavaScript
JavaScript is most known as the scripting language for Web pages, but used in many non-browser environments as well such as node.js or Apache CouchDB. It is a prototype-based, multi-paradigm scripting language that is dynamic,and supports object-oriented, imperative, and functional programming styles.
PHP
Fast, flexible and pragmatic, PHP powers everything from your blog to the most popular websites in the world.
See all alternatives
Related Comparisons