Heads up! You are comparing apples to oranges. Here is a related, more direct comparison: React Native vs Xamarin Forms
HomeApplication and DataLanguages & FrameworksFront-End Frameworks 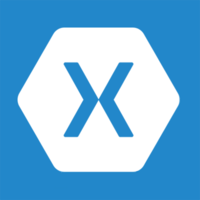 Avalonia vs Xamarin Forms: What are the differences?

Avalonia: A multi-platform .NET UI framework. Avalonia is a multi-platform windowing toolkit - somewhat like WPF - that is intended to be multi- platform. It supports XAML, lookless controls and a flexible styling system, and runs on Windows using Direct2D and other operating systems using Gtk & Cairo; Xamarin Forms: * A complete cross-platform UI toolkit for .NET developers*. A mobile application framework for building user interfaces.It easily create native user interface layouts that can be shared across Android, iOS, and Windows Phone.

Avalonia can be classified as a tool in the "Front-End Frameworks" category, while Xamarin Forms is grouped under "Cross-Platform Mobile Development".

Avalonia is an open source tool with 6.75K GitHub stars and 617 GitHub forks. Here's a link to Avalonia's open source repository on GitHub.

Avalonia is a multi-platform windowing toolkit - somewhat like WPF - that is intended to be multi- platform. It supports XAML, lookless controls and a flexible styling system, and runs on Windows using Direct2D and other operating systems using Gtk & Cairo.

What is Xamarin Forms?

Why do developers choose Avalonia?

Why do developers choose Xamarin Forms?

What are the cons of using Avalonia?

What are the cons of using Xamarin Forms?

What companies use Avalonia?

What companies use Xamarin Forms?

What tools integrate with Avalonia?

What tools integrate with Xamarin Forms?

No integrations found
What are some alternatives to Avalonia and Xamarin Forms?
Xamarin
Xamarin’s Mono-based products enable .NET developers to use their existing code, libraries and tools (including Visual Studio*), as well as skills in .NET and the C# programming language, to create mobile applications for the industry’s most widely-used mobile devices, including Android-based smartphones and tablets, iPhone, iPad and iPod Touch.
Electron
With Electron, creating a desktop application for your company or idea is easy. Initially developed for GitHub's Atom editor, Electron has since been used to create applications by companies like Microsoft, Facebook, Slack, and Docker. The Electron framework lets you write cross-platform desktop applications using JavaScript, HTML and CSS. It is based on io.js and Chromium and is used in the Atom editor.
JavaFX
It is a set of graphics and media packages that enables developers to design, create, test, debug, and deploy rich client applications that operate consistently across diverse platforms.
Bootstrap
Bootstrap is the most popular HTML, CSS, and JS framework for developing responsive, mobile first projects on the web.
Animate.css
It is a bunch of cool, fun, and cross-browser animations for you to use in your projects. Great for emphasis, home pages, sliders, and general just-add-water-awesomeness.
See all alternatives
Decisions about Avalonia and Xamarin Forms

Finding the most effective dev stack for a solo developer. Over the past year, I've been looking at many tech stacks that would be 'best' for me, as a solo, indie, developer to deliver a desktop app (Windows & Mac) plus mobile - iOS mainly. Initially, Xamarin started to stand-out. Using .NET Core as the run-time, Xamarin as the native API provider and Xamarin Forms for the UI seemed to solve all issues. But, the cracks soon started to appear. Xamarin Forms is mobile only; the Windows incarnation is different. There is no Mac UI solution (you have to code it natively in Mac OS Storyboard. I was also worried how Xamarin Forms , if I was to use it, was going to cope, in future, with Apple's new SwiftUI and Google's new Fuchsia.

This plethora of techs for the UI-layer made me reach for the safer waters of using Web-techs for the UI. Lovely! Consistency everywhere (well, mostly). But that consistency evaporates when platform issues are addressed. There are so many web frameworks!

But, I made a simple decision. It's just me...I am clever, but there is no army of coders here. And I have big plans for a business app. How could just 1 developer go-on to deploy a decent app to Windows, iPhone, iPad & Mac OS? I remembered earlier days when I've used Microsoft's ASP.NET to scaffold - generate - loads of Code for a web-app that I needed for several charities that I worked with. What 'generators' exist that do a lot of the platform-specific rubbish, allow the necessary customisation of such platform integration and provide a decent UI?

I've placed my colours to the Quasar Framework mast. Oh dear, that means Electron desktop apps doesn't it? Well, Ive had enough of loads of Developers saying that "the menus won't look native" or "it uses too much RAM" and so on. I've been using non-native UI-wrapped apps for ages - the date picker in Outlook on iOS is way better than the native date-picker and I'd been using it for years without getting hot under the collar about it. Developers do get so hung-up on things that busy Users hardly notice; don't you think?. As to the RAM usage issue; that's a bit true. But Users only really notice when an app uses so much RAM that the machine starts to page-out. Electron contributes towards that horizon but does not cause it. My Users will be business-users after all. Somewhat decent machines.

Looking forward to all that lovely Vue.js around my TypeScript and all those really, really, b e a u t I f u l UI controls of Quasar Framework . Still not sure that 1 dev can deliver all that... but I'm up for trying...