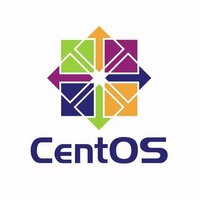 The CentOS Project is a community-driven free software effort focused on delivering a robust open source ecosystem. For users, we offer a consistent manageable platform that suits a wide variety of deployments. For open source communities, we offer a solid, predictable base to build upon, along with extensive resources to build, test, release, and maintain their code.
CentOS is a tool in the Operating Systems category of a tech stack.

Companies
2633 companies reportedly use CentOS in their tech stacks, including Hepsiburada, ViaVarejo, and Booking.com.
Developers
7730 developers on StackShare have stated that they use CentOS.

Here are some stack decisions, common use cases and reviews by companies and developers who chose CentOS in their tech stack. 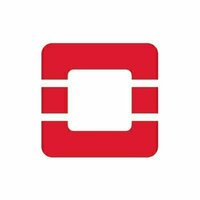 I am confused between choosing CentOS7 or centos8 for OpenStack tripleo undercloud deployment. Which one should I use? There is another option to use OpenStack, Ubuntu, or MicroStack.

We wanted to use this deployment to build our home cloud or private cloud infrastructure. I heard that centOS is always the best choice through a little research, but still not sure. As centos8 from Redhat is not supported for OpenStack tripleo deployments anymore, I had to upgrade to CentosStream.

What are some alternatives to CentOS?
Ubuntu
Ubuntu is an ancient African word meaning ‘humanity to others’. It also means ‘I am what I am because of who we all are’. The Ubuntu operating system brings the spirit of Ubuntu to the world of computers.
Fedora
Fedora is a ﻿Linux-based operating system that provides users with access to the latest free and open source software, in a stable, secure and easy to manage form. Fedora is the largest of many free software creations of the Fedora Project. Because of its predominance, the word "Fedora" is often used interchangeably to mean both the Fedora Project and the Fedora operating system.
Debian
Debian systems currently use the Linux kernel or the FreeBSD kernel. Linux is a piece of software started by Linus Torvalds and supported by thousands of programmers worldwide. FreeBSD is an operating system including a kernel and other software.
Amazon Linux
The Amazon Linux AMI is a supported and maintained Linux image provided by Amazon Web Services for use on Amazon Elastic Compute Cloud (Amazon EC2).
openSUSE
The openSUSE project is a worldwide effort that promotes the use of Linux everywhere. openSUSE creates one of the world's best Linux distributions, working together in an open, transparent and friendly manner as part of the worldwide Free and Open Source Software community.
See all alternatives
Related Comparisons