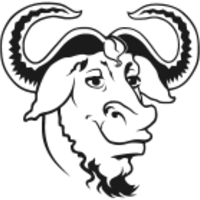 The GNU Compiler Collection and GNU Toolchain (Binutils, GDB, GLIBC)
Make is a tool in the Code Automation Tools category of a tech stack.

Companies
67 companies reportedly use Make in their tech stacks, including Figure, Buzzvil, and Kaidee.
Developers
159 developers on StackShare have stated that they use Make.

Here are some stack decisions, common use cases and reviews by companies and developers who chose Make in their tech stack.

I chose Make in part because the Racket community has make files for projects that were easy to use and adapt to my project. The reality is Make is still the best cross-platform cross-ecosystem build tool. Sure you could use something more tailored to your language or framework. But who has a stack so simple it only has one language or framework in it? Not me, certainly.

What are some alternatives to Make?
CMake
It is used to control the software compilation process using simple platform and compiler independent configuration files, and generate native makefiles and workspaces that can be used in the compiler environment of the user's choice.
GitHub Copilot
It is an AI pair programmer that helps you write code faster and with less work. It draws context from comments and code, and suggests individual lines and whole functions instantly.
Tabnine
It is an AI Code Completion Tool that helps software developers write better code faster.
Galen
It is a tool for testing layout of responsive web apps. It is based on Selenium and has a special language for testing page layout
Telosys
It is an Open Source code generator. It generates the plumbing and repetitive code for any kind of language. It has been designed to be light and very simple to use.
See all alternatives
Related Comparisons