Securely expose a local web server to the internet and capture all traffic for detailed inspection and replay
ngrok.com
157
205
+ 1
37

ngrok is a reverse proxy that creates a secure tunnel between from a public endpoint to a locally running web service. ngrok captures and analyzes all traffic over the tunnel for later inspection and replay.
ngrok is a tool in the localhost Tools category of a tech stack.
ngrok is an open source tool with 18.6K GitHub stars and 3.3K GitHub forks. Here’s a link to ngrok's open source repository on GitHub
Explore ngrok's Story

Companies
35 companies reportedly use ngrok in their tech stacks, including Platform Development Team, Single Music, and Tophatter.
Developers
122 developers on StackShare have stated that they use ngrok.

Here are some stack decisions, common use cases and reviews by companies and developers who chose ngrok in their tech stack. 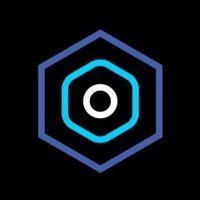 Docker Compose might have been a bit of overkill for a dev environment as a solo founder, but I'd found so much with past side projects (though this is no longer a side project) that I would frequently waste time every time I came back to work on the project getting my dev env sorted again.

Made the conscious choice to make a "prod-ish" docker-compose config up front to make sure that didn't bite me again.

Structured it so I have the following containers running

What are some alternatives to ngrok?
nginx
nginx [engine x] is an HTTP and reverse proxy server, as well as a mail proxy server, written by Igor Sysoev. According to Netcraft nginx served or proxied 30.46% of the top million busiest sites in Jan 2018.
Heroku
Heroku is a cloud application platform – a new way of building and deploying web apps. Heroku lets app developers spend 100% of their time on their application code, not managing servers, deployment, ongoing operations, or scaling.
PageKite
PageKite is a system for exposing localhost servers to the public Internet. It is most commonly used to make local web servers or SSH servers publicly visible, although almost any TCP-based protocol can work if the client knows how to use an HTTP proxy.
Postman
It is the only complete API development environment, used by nearly five million developers and more than 100,000 companies worldwide.
Termius
The #1 cross-platform terminal with built-in ssh client which works as your own portable server management system in any situation.
See all alternatives
Related Comparisons