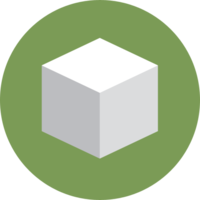 Redis drives the best sites on the web, from Twitter to Pinterest. RedisGreen makes it easy for anyone to use. Customers can spin up databases at the click of a button. RedisGreen's future is in very fast tools to make the most difficult aspects of modern web application development faster, cheaper, and less labor-intensive.<br>
RedisGreen is a tool in the Redis Hosting category of a tech stack.

Companies
5 companies reportedly use RedisGreen in their tech stacks, including Travis CI, Areysun, and Jpt Technology.
Developers
6 developers on StackShare have stated that they use RedisGreen.

Here are some stack decisions, common use cases and reviews by members of with RedisGreen in their tech stack.

Here are some stack decisions, common use cases and reviews by companies and developers who chose RedisGreen in their tech stack.

What are some alternatives to RedisGreen?
Google Cloud Memorystore
Cloud Memorystore for Redis provides a fully managed in-memory data store service built on scalable, more secure, and highly available infrastructure managed by Google. Use Cloud Memorystore to build application caches that provides sub-millisecond data access. Cloud Memorystore is compatible with the Redis protocol, allowing easy migration with zero code changes.
Heroku Redis
Heroku Redis is an in-memory key-value data store, run by Heroku, that is provisioned and managed as an add-on. Heroku Redis is accessible from any language with a Redis driver, including all languages and frameworks supported by Heroku.
Redis Cloud
Redis Cloud is a fully-managed service for running your Redis dataset. It overcomes Redis’ scalability limitation by supporting all Redis commands at any dataset size. Your dataset is constantly replicated, so if a node fails, an auto-switchover mechanism guarantees data is served without interruption.
Redis To Go
Redis To Go was created to make the managing Redis instances easier, whether it is just one instance or serveral. Deploying a new instance of Redis is dead simple, whether for production or development.
Related Comparisons

Redis To Go
VS

Redis To Go
VS