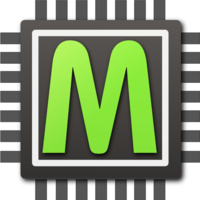 Amazon ElastiCache vs MemCachier: What are the differences?

Developers describe Amazon ElastiCache as "Deploy, operate, and scale an in-memory cache in the cloud". ElastiCache improves the performance of web applications by allowing you to retrieve information from fast, managed, in-memory caches, instead of relying entirely on slower disk-based databases. ElastiCache supports Memcached and Redis. On the other hand, MemCachier is detailed as "The easiest, most advanced managed memcache for the cloud". MemCachier provides an easy and powerful managed caching solution for all your performance and scalability needs. It works with the ubiquitous memcache protocol so your favourite language and framework already supports it.

Amazon ElastiCache and MemCachier can be categorized as "Managed Memcache" tools.

Some of the features offered by Amazon ElastiCache are:

On the other hand, MemCachier provides the following key features:

"Redis" is the primary reason why developers consider Amazon ElastiCache over the competitors, whereas "Easy add-on to heroku" was stated as the key factor in picking MemCachier.

What is Amazon ElastiCache?

ElastiCache improves the performance of web applications by allowing you to retrieve information from fast, managed, in-memory caches, instead of relying entirely on slower disk-based databases. ElastiCache supports Memcached and Redis.

MemCachier provides an easy and powerful managed caching solution for all your performance and scalability needs. It works with the ubiquitous memcache protocol so your favourite language and framework already supports it.

Why do developers choose Amazon ElastiCache?

Why do developers choose MemCachier?

What are the cons of using Amazon ElastiCache?

What are the cons of using MemCachier?

What companies use Amazon ElastiCache?

What tools integrate with Amazon ElastiCache?

What tools integrate with MemCachier?

What are some alternatives to Amazon ElastiCache and MemCachier?
Redis
Redis is an open source, BSD licensed, advanced key-value store. It is often referred to as a data structure server since keys can contain strings, hashes, lists, sets and sorted sets.
Elasticsearch
Elasticsearch is a distributed, RESTful search and analytics engine capable of storing data and searching it in near real time. Elasticsearch, Kibana, Beats and Logstash are the Elastic Stack (sometimes called the ELK Stack).
Memcached
Memcached is an in-memory key-value store for small chunks of arbitrary data (strings, objects) from results of database calls, API calls, or page rendering.
Azure Redis Cache
It perfectly complements Azure database services such as Cosmos DB. It provides a cost-effective solution to scale read and write throughput of your data tier. Store and share database query results, session states, static contents, and more using a common cache-aside pattern.
Memcached Cloud
Memcached Cloud is a fully-managed service for running your Memcached in a reliable and fail-safe manner. Your dataset is constantly replicated, so if a node fails, an auto-switchover mechanism guarantees data is served without interruption. Memcached Cloud provides various data persistence options as well as remote backups for disaster recovery purposes.
See all alternatives
Decisions about Amazon ElastiCache and MemCachier

Yonas Beshawred
CEO at StackShare · a few seconds ago | 9 upvotes · 34.8K views
at

We decided to use MemCachier as our Memcached provider because we were seeing some serious PostgreSQL performance issues with query-heavy pages on the site. We use MemCachier for all Rails caching and pretty aggressively too for the logged out experience (fully cached pages for the most part). We really need to move to Amazon ElastiCache as soon as possible so we can stop paying so much. The only reason we're not moving is because there are some restrictions on the network side due to our main app being hosted on Heroku.

Audit the ElastiCache configurations for best practices and standards.

We use ElastiCache to run Redis, which we use as a queue through Kue.

We cache pages by MemCachier to serve them faster

We use Elasticache. Both Redis and Memchached.