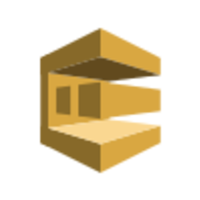 Amazon SQS vs NSQ: What are the differences?

What is Amazon SQS? Fully managed message queuing service. Transmit any volume of data, at any level of throughput, without losing messages or requiring other services to be always available. With SQS, you can offload the administrative burden of operating and scaling a highly available messaging cluster, while paying a low price for only what you use.

Amazon SQS and NSQ can be primarily classified as "Message Queue" tools.

Some of the features offered by Amazon SQS are:

On the other hand, NSQ provides the following key features:

"Easy to use, reliable" is the top reason why over 45 developers like Amazon SQS, while over 23 developers mention "It's in golang" as the leading cause for choosing NSQ.

Lyft, SendGrid, and PedidosYa are some of the popular companies that use Amazon SQS, whereas NSQ is used by Stripe, Movable Ink, and Path. Amazon SQS has a broader approval, being mentioned in 381 company stacks & 101 developers stacks; compared to NSQ, which is listed in 21 company stacks and 8 developer stacks.

What is Amazon SQS?

Transmit any volume of data, at any level of throughput, without losing messages or requiring other services to be always available. With SQS, you can offload the administrative burden of operating and scaling a highly available messaging cluster, while paying a low price for only what you use.

Why do developers choose Amazon SQS?

What are the cons of using Amazon SQS?

Jobs that mention Amazon SQS and NSQ as a desired skillset

What companies use Amazon SQS?

What tools integrate with Amazon SQS?

What are some alternatives to Amazon SQS and NSQ?
Amazon MQ
Amazon MQ is a managed message broker service for Apache ActiveMQ that makes it easy to set up and operate message brokers in the cloud.
Kafka
Kafka is a distributed, partitioned, replicated commit log service. It provides the functionality of a messaging system, but with a unique design.
Redis
Redis is an open source, BSD licensed, advanced key-value store. It is often referred to as a data structure server since keys can contain strings, hashes, lists, sets and sorted sets.
ActiveMQ
Apache ActiveMQ is fast, supports many Cross Language Clients and Protocols, comes with easy to use Enterprise Integration Patterns and many advanced features while fully supporting JMS 1.1 and J2EE 1.4. Apache ActiveMQ is released under the Apache 2.0 License.
Amazon SNS
Amazon Simple Notification Service makes it simple and cost-effective to push to mobile devices such as iPhone, iPad, Android, Kindle Fire, and internet connected smart devices, as well as pushing to other distributed services. Besides pushing cloud notifications directly to mobile devices, SNS can also deliver notifications by SMS text message or email, to Simple Queue Service (SQS) queues, or to any HTTP endpoint.
See all alternatives
Decisions about Amazon SQS and NSQ
No stack decisions found
Related Comparisons

In the beginning we thought we wanted to start using something like RabbitMQ or maybe Kafka or maybe ActiveMQ. Back then we only had a few developers and no ops people. That has changed now, but we didn't really look forward to setting up a queuing cluster and making sure that all works.

What we did instead was we looked at what services Amazon offers to see if we can use those to build our own messaging system within those services. That's basically what we did. We wrote some clients in Ruby that can basically do the entire orchestration for us, and we run all our messaging on both SNS and SQS. Basically what you can do in Amazon services is you can use Amazon Simple Notification Service, so SNS, for creating topics and you can use queues to subscribe to these topics. That's basically all you need for a messaging system. You don't have to worry about scalability at all. That's what really appealed to us.

This isn't exactly low-latency (10s to 100s of milliseconds), but it has good throughput and a simple API. There is good reliability, and there is no configuration necessary to get up and running. A hosted queue is important when trying to move fast.

SQS is the bridge between our new Lambda services and our incumbent Rails applications. Extremely easy to use when you're already using other AWS infrastructure.

I can't afford to lose data if Dynamo throttles my writes, so everything goes into a message queue first.