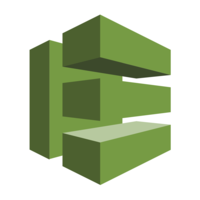 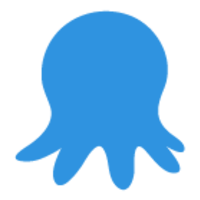 AWS CodeDeploy vs Octopus Deploy: What are the differences?

Developers describe AWS CodeDeploy as "Coordinate application deployments to Amazon EC2 instances". AWS CodeDeploy is a service that automates code deployments to Amazon EC2 instances. AWS CodeDeploy makes it easier for you to rapidly release new features, helps you avoid downtime during deployment, and handles the complexity of updating your applications. On the other hand, Octopus Deploy is detailed as "Automated deployment for .NET". Octopus works with your build server to enable reliable, secure, automated releases of ASP.NET applications and Windows Services into test, staging and production environments, whether they are in the cloud or on-premises.

AWS CodeDeploy and Octopus Deploy can be primarily classified as "Deployment as a Service" tools.

Some of the features offered by AWS CodeDeploy are:

On the other hand, Octopus Deploy provides the following key features:

"Automates code deployments" is the primary reason why developers consider AWS CodeDeploy over the competitors, whereas "Powerful" was stated as the key factor in picking Octopus Deploy.

What is AWS CodeDeploy?

AWS CodeDeploy is a service that automates code deployments to Amazon EC2 instances. AWS CodeDeploy makes it easier for you to rapidly release new features, helps you avoid downtime during deployment, and handles the complexity of updating your applications.

What is Octopus Deploy?

Why do developers choose AWS CodeDeploy?

Why do developers choose Octopus Deploy?

What are the cons of using AWS CodeDeploy?

What are the cons of using Octopus Deploy?

What companies use AWS CodeDeploy?

What companies use Octopus Deploy?

What tools integrate with AWS CodeDeploy?

What tools integrate with Octopus Deploy?

What are some alternatives to AWS CodeDeploy and Octopus Deploy?
AWS CodePipeline
CodePipeline builds, tests, and deploys your code every time there is a code change, based on the release process models you define.
Jenkins
In a nutshell Jenkins CI is the leading open-source continuous integration server. Built with Java, it provides over 300 plugins to support building and testing virtually any project.
Docker
The Docker Platform is the industry-leading container platform for continuous, high-velocity innovation, enabling organizations to seamlessly build and share any application — from legacy to what comes next — and securely run them anywhere
Ansible
Ansible is an IT automation tool. It can configure systems, deploy software, and orchestrate more advanced IT tasks such as continuous deployments or zero downtime rolling updates. Ansible’s goals are foremost those of simplicity and maximum ease of use.
Chef
Chef enables you to manage and scale cloud infrastructure with no downtime or interruptions. Freely move applications and configurations from one cloud to another. Chef is integrated with all major cloud providers including Amazon EC2, VMWare, IBM Smartcloud, Rackspace, OpenStack, Windows Azure, HP Cloud, Google Compute Engine, Joyent Cloud and others.
See all alternatives
Decisions about AWS CodeDeploy and Octopus Deploy
No stack decisions found
Related Comparisons

Using this in an environment with about 10 separate development teams. All the teams love this product and how easy it is to get started. It's very well put together, elegant, simple UI that is powerful to use, easy to understand and follow. I HIGHLY recommend this product to any shop.

It says it's for .NET and it's geared for that. But you could use it for just about any type of deployment given it's capabilities to deploy via FTP.

How developers use AWS CodeDeploy and Octopus Deploy

This is our CD platform. We use TFS for gated-checks and release builds. A release build packages all our components, pushes these packages to Octopus and triggers a release into our Development environment. A suite of integration tests are run and finally if all is successful the team gets a notification on Slack that a new release is available. This can then get promoted through all our non-production environments, Finally, we use offline deployments as we are not yet allowed to promote all the way to production from Octopus. Offline deployments are great as they allow us to retain our tried and tested deployment process but instead, humans become the tentacles when deploying in prod and pre-prod.

Would you believe... for deploying code?