Cloud 66 vs Heroku: What are the differences?

Developers describe Cloud 66 as "Full Stack Container Management as a Service". Cloud 66 makes Ops easy for developers. It is a single tool built for developers to build, configure and maintain servers and Docker containers on your own servers. On the other hand, Heroku is detailed as "Build, deliver, monitor and scale web apps and APIs with a trail blazing developer experience". Heroku is a cloud application platform – a new way of building and deploying web apps. Heroku lets app developers spend 100% of their time on their application code, not managing servers, deployment, ongoing operations, or scaling.

Cloud 66 and Heroku are primarily classified as "Continuous Deployment" and "Platform as a Service" tools respectively.

Some of the features offered by Cloud 66 are:

"Easy provisioning" is the top reason why over 12 developers like Cloud 66, while over 694 developers mention "Easy deployment" as the leading cause for choosing Heroku.

Cons of Cloud 66
Cons of Heroku

Cloud 66 gives you everything you need to build, deploy and maintain your applications on any cloud, without the headache of dealing with "server stuff". Frameworks: Ruby on Rails, Node.js, Jamstack, Laravel, GoLang, and more. 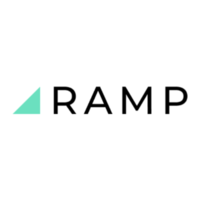 What companies use Cloud 66?

See which teams inside your own company are using Cloud 66 or Heroku.
Sign up for StackShare EnterpriseLearn More

What tools integrate with Cloud 66?

+20
2
860
What are some alternatives to Cloud 66 and Heroku?
Codeship
Codeship runs your automated tests and configured deployment when you push to your repository. It takes care of managing and scaling the infrastructure so that you are able to test and release more frequently and get faster feedback for building the product your users need.
Google App Engine
Google has a reputation for highly reliable, high performance infrastructure. With App Engine you can take advantage of the 10 years of knowledge Google has in running massively scalable, performance driven systems. App Engine applications are easy to build, easy to maintain, and easy to scale as your traffic and data storage needs grow.
Apache Camel
An open source Java framework that focuses on making integration easier and more accessible to developers.
Apollo
Build a universal GraphQL API on top of your existing REST APIs, so you can ship new application features fast without waiting on backend changes.
AWS Elastic Beanstalk
Once you upload your application, Elastic Beanstalk automatically handles the deployment details of capacity provisioning, load balancing, auto-scaling, and application health monitoring.
See all alternatives
See all the technologies you’re using across your company.
Sign up for StackShare EnterpriseLearn More