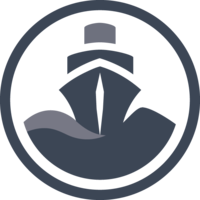 Codeship vs Drone.io: What are the differences?

Codeship: A Continuous Integration Platform in the cloud. Codeship runs your automated tests and configured deployment when you push to your repository. It takes care of managing and scaling the infrastructure so that you are able to test and release more frequently and get faster feedback for building the product your users need; Drone.io: Open source continuous integration platform built on Docker. Drone is a hosted continuous integration service. It enables you to conveniently set up projects to automatically build, test, and deploy as you make changes to your code Drone integrates seamlessly with Github, Bitbucket and Google Code as well as third party services such as Heroku, Dotcloud, Google AppEngine and more..

Codeship and Drone.io can be primarily classified as "Continuous Integration" tools.

Some of the features offered by Codeship are:

On the other hand, Drone.io provides the following key features:

"Simple deployments" is the top reason why over 214 developers like Codeship, while over 45 developers mention "Open source" as the leading cause for choosing Drone.io.

Product Hunt, TravelPerk, and Swat.io are some of the popular companies that use Codeship, whereas Drone.io is used by Packet, Geocodio, and Clay.io. Codeship has a broader approval, being mentioned in 277 company stacks & 82 developers stacks; compared to Drone.io, which is listed in 47 company stacks and 20 developer stacks.

Codeship runs your automated tests and configured deployment when you push to your repository. It takes care of managing and scaling the infrastructure so that you are able to test and release more frequently and get faster feedback for building the product your users need.

Why do developers choose Codeship?

Why do developers choose Drone.io?

What are the cons of using Codeship?

What are the cons of using Drone.io?

Be the first to leave a con
Jobs that mention Codeship and Drone.io as a desired skillset

What companies use Codeship?

What tools integrate with Codeship?

What are some alternatives to Codeship and Drone.io?
CircleCI
Continuous integration and delivery platform helps software teams rapidly release code with confidence by automating the build, test, and deploy process. Offers a modern software development platform that lets teams ramp.
Semaphore
Semaphore is the fastest continuous integration and delivery (CI/CD) platform on the market, powering the world’s best engineering teams.
Jenkins
In a nutshell Jenkins CI is the leading open-source continuous integration server. Built with Java, it provides over 300 plugins to support building and testing virtually any project.
Shippable
Shippable is a SaaS platform that lets you easily add Continuous Integration/Deployment to your Github and BitBucket repositories. It is lightweight, super simple to setup, and runs your builds and tests faster than any other service.
Codefresh
Automate and parallelize testing. Codefresh allows teams to spin up on-demand compositions to run unit and integration tests as part of the continuous integration process. Jenkins integration allows more complex pipelines.
See all alternatives
Decisions about Codeship and Drone.io

When it comes to continuous Integration services, the choice is hard. There are several solutions available and it looks like the dev scene is very split. We've read and reviewed several solutions and we ended up making the choice between Codeship and Semaphore . Although Semaphore is used by slightly more developers, we've experienced a faster and easy flow using Codeship. Both do integrate Slack and GitHub very well, so this is not a point to set them apart. Both have a complex pricing system that is not that easy to calculate and predict. However, out in the wild, we found Codeship to have a better price point at heavy use.

We are using GitLab CI and were very happy with it. The integration of all tools like CI/CD, tickets, etc makes it very easy to stay on top of things. But be aware, Gitlab currently does not have iOS build support. So if you want to exchange that for CircleCI / Codeship to have to invest some effort. We are using a managed Mac OS device and installed the Gitlab runner there, to have iOS builds.

Working for a web agency, I have access to many premium services for all parts of the development process which leads to two things when it comes to working on my personal projects at home.

1: I am more fussy about the quality of tools and services that I use than I was before I went from just messing around with programming to having a developer job.

2: I really don't want to pay a single fee or any kind of subscription to services as after using them all day at work I find it hard to justify personally paying a premium to use them for a bit of time at home after work.

However with Code ship neither of these things caused any issues as I found it to be very high quality and free.

On the subject of it being free, I know there are other CI solutions that are free however if you wish to use it with a private repository then unless you already have private Github repos then the fact that Code Ship integrates with Bitbucket can be extremely convenient as it means you can set up your personal projects with free private repository and a free CI / testing solution for absolutely free.

Overall Codeship has really impressed me in every way from its pricing to its clean and simple UI and its ease of use.

Setting up continuous integration is complex and time consuming. I've used Codeship for 1 year now and I would never go back to previous systems such as self hosted Jenkins for any kind of web applications. The ability to change developer access on a per repository basis with the click of a button is very helpful and integration with all our services such as Github and Heroku make testing and deployment happen in the background so we can concentrate on our application and not worry about what state the live code is in. We also find the Slack integration (and flowdock before that) to be a great way to share the current code status with the whole team without getting spammed with emails on each commit and build state change while testing prototype branches or working on pull-requests.

Like most developers I'd love it if my deployment processes were always the same for every project so I never had to think about deployment. However, that's probably never going to happen unless we stop having clients. Codeship allows me to organize all of my deployments into one place and set them up once so that I don't have to remember the process for every nuance of every client.

Whether it's deploying a Drupal or Wordpress site to a private server, a Meteor.js app to Modulus, or just about anything else Codeship gives me the flexibility of writing my own shell scripts for custom jobs (private server) but also one-click solutions for common problems (deployment to Modulus).

It's not easy to differentiate a CI/CD service because integrations matter so much more than the service itself. Didn't even need to read any docs, it just works exactly as you expect it to.

I spent half a day grepping CodeShip and now I have a sweet deployment process for WP sites. After a month of wrestling with Bamboo I decided to give CodeShip a try thanks to an article by CodeShip's Roman Kuba about deploying WP sites

I am now killin' WP development with my CodeShip + WPEngine setup. This is also making WP development/deployment fun for the first time. CodeShip f*cking rocks.

How developers use Codeship and Drone.io

Our client platform utilizes Electron which is also built and pushed to S3 for download.

We use this as a CI tool when working on our API and related tools. The setup is relatively painless and it hooks directly into our Github repo's to provide reports and feedback.

Runs a full test suite whenever we push changes to master and if everything is good, automatically deploys our changes to production.

build center and continous deployment for all services

A QA tool that runs the platform's automated tests

For testing and building