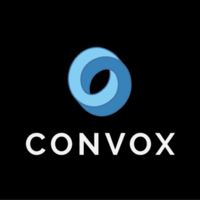 Convox vs OpenShift: What are the differences?

What is Convox? Launch a Private Cloud in Minutes. The simplicity of Heroku. The power of AWS. Convox is an open source Platform as a Service that runs in your own Amazon Web Services (AWS) account. Instead of signing up for a multi-tenant PaaS like Heroku, you can have your own. This gives you privacy and control over your platform and avoids the substantial markup on AWS prices that other platforms charge.

Convox and OpenShift can be primarily classified as "Platform as a Service" tools.

Some of the features offered by Convox are:

"Your own scalable Heroku in 5 minutes" is the primary reason why developers consider Convox over the competitors, whereas "Good free plan" was stated as the key factor in picking OpenShift.

Codecraft Solutions, Cloud9 IDE, and Jollydays are some of the popular companies that use OpenShift, whereas Convox is used by Bit Zesty, Placeavote, and Truebill. OpenShift has a broader approval, being mentioned in 50 company stacks & 52 developers stacks; compared to Convox, which is listed in 9 company stacks and 5 developer stacks.

Convox is an open source Platform as a Service that runs in your own Amazon Web Services (AWS) account. Instead of signing up for a multi-tenant PaaS like Heroku, you can have your own. This gives you privacy and control over your platform and avoids the substantial markup on AWS prices that other platforms charge.

OpenShift is Red Hat's Cloud Computing Platform as a Service (PaaS) offering. OpenShift is an application platform in the cloud where application developers and teams can build, test, deploy, and run their applications.

Why do developers choose Convox?

Why do developers choose OpenShift?

What are the cons of using Convox?

What are the cons of using OpenShift?

Jobs that mention Convox and OpenShift as a desired skillset

What companies use Convox?

What companies use OpenShift?

What tools integrate with Convox?

What tools integrate with OpenShift?

What are some alternatives to Convox and OpenShift?
Kubernetes
Kubernetes is an open source orchestration system for Docker containers. It handles scheduling onto nodes in a compute cluster and actively manages workloads to ensure that their state matches the users declared intentions.
Heroku
Heroku is a cloud application platform – a new way of building and deploying web apps. Heroku lets app developers spend 100% of their time on their application code, not managing servers, deployment, ongoing operations, or scaling.
Google App Engine
Google has a reputation for highly reliable, high performance infrastructure. With App Engine you can take advantage of the 10 years of knowledge Google has in running massively scalable, performance driven systems. App Engine applications are easy to build, easy to maintain, and easy to scale as your traffic and data storage needs grow.
AWS Elastic Beanstalk
Once you upload your application, Elastic Beanstalk automatically handles the deployment details of capacity provisioning, load balancing, auto-scaling, and application health monitoring.
Apollo
Build a universal GraphQL API on top of your existing REST APIs, so you can ship new application features fast without waiting on backend changes.
See all alternatives
Decisions about Convox and OpenShift

How developers use Convox and OpenShift

Convox is our deployment arm of all backend application services into our AWS ECS cluster.