Discourse vs Flarum vs Haash 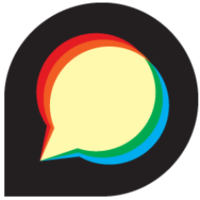 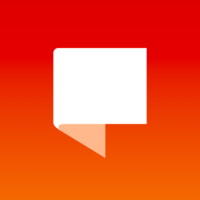 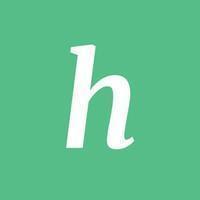 Discourse is a simple, flat forum, where replies flow down the page in a line. Replies are attached to the bottom and top of each post, so you can optionally expand the context of the conversation – without breaking your flow.

Flarum is the next-generation forum software that makes online discussion fun. It's simple, fast, and free.

Easily add sections. Create questions and answer them on the fly. Drag and drop and move things around. Edit everything in a flash.

Why do developers choose Discourse?

Why do developers choose Flarum?

Why do developers choose Haash?

What are the cons of using Discourse?

What are the cons of using Flarum?

What are the cons of using Haash?

What companies use Discourse?

What companies use Flarum?

What companies use Haash?

What tools integrate with Discourse?

What tools integrate with Flarum?

What tools integrate with Haash?

What are some alternatives to Discourse, Flarum, and Haash?
Disqus
Disqus looks to make it very easy and rewarding for people to interact on websites using its system. Commenters can build reputation and carry their contributions from one website to the next.
Discord
Discord is a modern free voice & text chat app for groups of gamers. Our resilient Erlang backend running on the cloud has built in DDoS protection with automatic server failover.
XenForo
It is a commercial Internet forum software package written in the PHP programming language.
See all alternatives
Decisions about Discourse, Flarum, and Haash
No stack decisions found
Related Comparisons

I suppose it's a good thing I don't like coffee then! :P

It's this simple: some folks got together and made StackOverflow, the best online resource for programmers powered by a gamified community. Q&A became such a big thing. People started copying SEN. Then they made a chat tool for it. Now we got slack, gitter, etc.

A couple years ago those same folks started making Discourse. And it's even more awesome than SO was early on! I believe it will eventually even replace the whole SEN. Or at least I hope so, because it is that much better. Google groups learned a lot from them.

There's just too many things discourse got right, in every little detail. I couldn't make this review short and get down to it. A good search, for instance, is no small task. There's search built-in everywhere, and all of them work awesomely!

When you create a new topic, it will search for similar ones, whether you want it or not. When you want to search a word within a topic, sounds simple enough, just use browser search, right? On a huge page that never fully loaded in the first place: wront. But they got it right anyway. When you want to find a configuration through the thousands of options withing settings, if you're an admin, you can also search for it. And, above all, if you want to google anything about it, by all means, do use google! It's so much SEO and robot friendly that it will easily and quickly appear there.

Now, historically at least, they make a terrible, terrible work on marketing their strengths under http://www.discourse.org/ - it's too much dev focused. Maybe because early on you could only use it if you could install it yourself. Even today, while "free", it isn't really. You need to spend at least about U$10 per month for a good enough server, in one way or the other. And this is the only reason, I believe, it may never replace SEN. But there are already people offering it for cheap and easy maintenance and installation, while limiting, of course, its expandability (plugins).

Do read the devs blogs, that's where you'll get most of the insights on how this tool is so beyond anything else out there.

How developers use Discourse, Flarum, and Haash

Flarume is the forum sofware used for Game Pencil users.