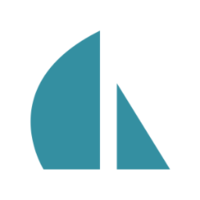 Django REST framework vs Sails.js: What are the differences?

Developers describe Django REST framework as "Web APIs for Django". Django REST framework is a powerful and flexible toolkit that makes it easy to build Web APIs. On the other hand, Sails.js is detailed as "Realtime MVC Framework for Node.js". Sails is designed to mimic the MVC pattern of frameworks like Ruby on Rails, but with support for the requirements of modern apps: data-driven APIs with scalable, service-oriented architecture.

"Browsable api" is the primary reason why developers consider Django REST framework over the competitors, whereas "Data-driven apis " was stated as the key factor in picking Sails.js.

AX Semantics, Crowdkeep, and Shippo are some of the popular companies that use Django REST framework, whereas Sails.js is used by TestLegends, HYPH, and Giguana. Django REST framework has a broader approval, being mentioned in 159 company stacks & 77 developers stacks; compared to Sails.js, which is listed in 32 company stacks and 12 developer stacks.

What is Django REST framework?

It is a powerful and flexible toolkit that makes it easy to build Web APIs.

Sails is designed to mimic the MVC pattern of frameworks like Ruby on Rails, but with support for the requirements of modern apps: data-driven APIs with scalable, service-oriented architecture.

Why do developers choose Sails.js?

What are the cons of using Django REST framework?

What are the cons of using Sails.js?

Jobs that mention Django REST framework and Sails.js as a desired skillset

What companies use Django REST framework?

What tools integrate with Sails.js?

What are some alternatives to Django REST framework and Sails.js?
Django
Django is a high-level Python Web framework that encourages rapid development and clean, pragmatic design.
Flask
Flask is intended for getting started very quickly and was developed with best intentions in mind.
Tastypie
Tastypie is a webservice API framework for Django. It provides a convenient, yet powerful and highly customizable abstraction for creating REST-style interfaces.
Swagger UI
Swagger UI is a dependency-free collection of HTML, Javascript, and CSS assets that dynamically generate beautiful documentation and sandbox from a Swagger-compliant API
Graphene
Graphene is a Python library for building GraphQL schemas/types fast and easily.
See all alternatives
Decisions about Django REST framework and Sails.js

Zulip has been powered by Django since the very early days of its development with Django 1.4, back in 2012. As a reasonably mature web application with significant scale, we're at the stage in many companies' development where one starts to rip out more and more of the web framework to optimize things or just make them work the way we want. (E.g. while I was at Dropbox in early 2016, we discovered we only had about 600 lines of code left from the original Pylons framework that actually ran).

One of the things that has been really fantastic about Django is that we're still happily using it for the vast majority of code in the project, and every time Django comes out with a new release, I read the changelog and get excited about several improvements that actually make my life better. While Django has made some design decisions that I don't agree with (e.g. I'm not a fan of Django REST framework, and think it makes life more difficult), Django also makes it easy to do your own thing, which we've done to great effect (see the linked article for details on our has_request_variables framework).

Overall I think we've gotten a ton of value out of Python and Django and would recommend it to anyone starting a new full-featured web application project today.

Django REST delivered all the content to the BI, making calls to the Postgres DB, aggregating numeric data, and automatically associating data models at the time of row creation.

Instead of using Django for both back and frontend, I use DRF to layout an API that ReactJs can pull data from. Easy to setup, well documented, and works seamlessly with React.

Really great framework for building RESTful APIs. Lots of plugins for it!

For our backend REST API