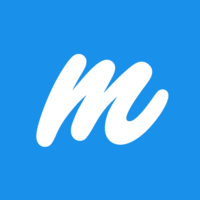 InVision vs Marvel: What are the differences?

What is InVision? Prototyping & Collaboration For Design Teams. InVision lets you create stunningly realistic interactive wireframes and prototypes without compromising your creative vision.

What is Marvel? Prototyping for everyone. A super simple tool that turns any image (including PSDs) or sketch into interactive prototypes for any device Powered by Dropbox..

InVision and Marvel can be primarily classified as "Interactive Mockups" tools.

"Collaborative" is the top reason why over 156 developers like InVision, while over 14 developers mention "Nice UI" as the leading cause for choosing Marvel.

Airbnb, StackShare, and ebay are some of the popular companies that use InVision, whereas Marvel is used by Avocode, inFeedo, and Youpooly Corp.. InVision has a broader approval, being mentioned in 991 company stacks & 362 developers stacks; compared to Marvel, which is listed in 37 company stacks and 11 developer stacks.

A super simple tool that turns any image (including PSDs) or sketch into interactive prototypes for any device. Powered by Dropbox.

Why do developers choose InVision?

Why do developers choose Marvel?

What are the cons of using InVision?

What are the cons of using Marvel?

What companies use Marvel?

What tools integrate with Marvel?

What are some alternatives to InVision and Marvel?
Flight
Flight is distinct from existing frameworks in that it doesn't prescribe or provide any particular approach to rendering or providing data to a web application. It's agnostic to how requests are routed, which templating language you use or even if you render your HTML on the client or the server. While some web frameworks encourage developers to arrange their code around a prescribed model layer, Flight is organized around the existing DOM model with functionality mapped directly to DOM nodes.
Sketch
Easily create complex shapes with our state-of-the-art vector boolean operations and take advantage of our extensive layer styles.
Zeplin
Collaboration app for designers & developers. Supports Sketch and Photoshop (on beta!).
Adobe XD
A vector-based tool developed and published by Adobe Inc for designing and prototyping user experience for web and mobile apps.
Figma
Figma is the first interface design tool with real-time collaboration. It keeps everyone on the same page. Focus on the work instead of fighting your tools.
See all alternatives
Decisions about InVision and Marvel
No stack decisions found
Related Comparisons

If you need help choosing the right app prototyping tool, I created an article comparing the three most popular: Pronto.io, Marvel, and invision. https://www.enolalabs.com/blog/archives/best-app-prototyping-tool-proto.io-vs.-invision-vs.-marvel

I haven't used Marvel a ton, but I've been really pleased with them every time I have. The Dropbox integration is killer, and their animations are easy to use and look great. Marvel is best for something super quick. Plus they're free!

I really like InVision. They're great for dumping a bunch of sketches on and showing someone else your ideas super easily. I highly recommend them for prototyping apps (plus they work on mobile!).

How developers use InVision and Marvel

We use zeplin as an interface between designers, developers and stakeholders for sharing, improving and discussing designs

Mainly for the Mobile Application. Invision is an awesome tool for fast prototyping, especially on mobile devices.

Since we are fully distributed team, we must use these kinds of tools for collaboration. This one is used for UI/UX

Another way we help show you from the very beginning what things may look like, and make changes accordingly.

I used the free version some time ago since the paid version is barely affordable as a business in germany.