Karma vs PhantomJS: What are the differences?

Developers describe Karma as "Spectacular Test Runner for JavaScript". Karma is not a testing framework, nor an assertion library. Karma just launches a HTTP server, and generates the test runner HTML file you probably already know from your favourite testing framework. So for testing purposes you can use pretty much anything you like. On the other hand, PhantomJS is detailed as "Scriptable Headless WebKit". PhantomJS (www.phantomjs.org) is a headless WebKit scriptable with JavaScript. It is used by hundreds of developers and dozens of organizations for web-related development workflow.

Some of the features offered by Karma are:

On the other hand, PhantomJS provides the following key features:

"Test Runner" is the top reason why over 56 developers like Karma, while over 12 developers mention "Scriptable web browser" as the leading cause for choosing PhantomJS.

According to the StackShare community, Karma has a broader approval, being mentioned in 119 company stacks & 57 developers stacks; compared to PhantomJS, which is listed in 77 company stacks and 47 developer stacks. 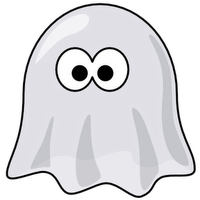 Cons of Karma
Cons of PhantomJS

PhantomJS is a headless WebKit scriptable with JavaScript. It is used by hundreds of developers and dozens of organizations for web-related development workflow.

What companies use PhantomJS?

See which teams inside your own company are using Karma or PhantomJS.
Sign up for StackShare EnterpriseLearn More

What tools integrate with PhantomJS?

+37
119
37259
What are some alternatives to Karma and PhantomJS?
Jasmine
Jasmine is a Behavior Driven Development testing framework for JavaScript. It does not rely on browsers, DOM, or any JavaScript framework. Thus it's suited for websites, Node.js projects, or anywhere that JavaScript can run.
Jest
Jest provides you with multiple layers on top of Jasmine.
Mocha
Mocha is a feature-rich JavaScript test framework running on node.js and the browser, making asynchronous testing simple and fun. Mocha tests run serially, allowing for flexible and accurate reporting, while mapping uncaught exceptions to the correct test cases.
Protractor
Protractor is an end-to-end test framework for Angular and AngularJS applications. Protractor runs tests against your application running in a real browser, interacting with it as a user would.
Selenium
Selenium automates browsers. That's it! What you do with that power is entirely up to you. Primarily, it is for automating web applications for testing purposes, but is certainly not limited to just that. Boring web-based administration tasks can (and should!) also be automated as well.
See all alternatives
See all the technologies you’re using across your company.
Sign up for StackShare EnterpriseLearn More