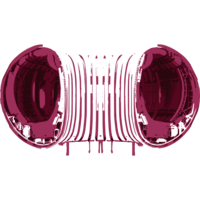 Kite vs Tokamak: What are the differences?

Developers describe Kite as "Your programming copilot. Augment your coding environment with all the internet’s programming knowledge". Your editor and web browser don't know anything about each other, which is why you end up continuously switching between them. Kite bridges that gap, bringing an internet-connected programming experience right alongside your editor. On the other hand, Tokamak is detailed as "A Rust IDE for Atom". Fusion Reactor for Rust - Atom Rust IDE.

Kite and Tokamak can be categorized as "Tools for Text Editors" tools.

Tokamak is an open source tool with 397 GitHub stars and 18 GitHub forks. Here's a link to Tokamak's open source repository on GitHub.

Your editor and web browser don't know anything about each other, which is why you end up continuously switching between them. Kite bridges that gap, bringing an internet-connected programming experience right alongside your editor.

Why do developers choose Kite?

Why do developers choose Tokamak?

What are the cons of using Kite?

What are the cons of using Tokamak?

What companies use Kite?

What companies use Tokamak?

What tools integrate with Kite?

What tools integrate with Tokamak?

What are some alternatives to Kite and Tokamak?
Codota
Codota is an artificial pair programmer that learns from existing code to help you build software faster and smarter. Codota runs alongside the IDE and uses the learned code models to suggest relevant code.
Spacemacs
Since version 0.101.0 and later Spacemacs totally abolishes the frontiers between Vim and Emacs. The user can now choose his/her preferred editing style and enjoy all the Spacemacs features. Even better, it is possible to dynamically switch between the two styles seamlessly which makes it possible for programmers with different styles to do seat pair programming using the same editor.
ReSharper
It is a popular developer productivity extension for Microsoft Visual Studio. It automates most of what can be automated in your coding routines. It finds compiler errors, runtime errors, redundancies, and code smells right as you type, suggesting intelligent corrections for them.
Atom-IDE
A collection of Atom UIs to support language services as part of Atom IDE, designed for use with packages built on top of atom-languageclient.
Vim-Plug
A minimalist Vim plugin manager.
See all alternatives
Related Comparisons