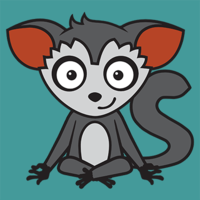 Shippable vs Travis CI: What are the differences?

Shippable and Travis CI belong to "Continuous Integration" category of the tech stack.

Some of the features offered by Shippable are:

On the other hand, Travis CI provides the following key features:

"Free private repositories" is the primary reason why developers consider Shippable over the competitors, whereas "Github integration" was stated as the key factor in picking Travis CI.

Lyft, Heroku, and Sentry are some of the popular companies that use Travis CI, whereas Shippable is used by Techstars, DrinkIn, and Reviewable. Travis CI has a broader approval, being mentioned in 666 company stacks & 613 developers stacks; compared to Shippable, which is listed in 24 company stacks and 4 developer stacks.

Shippable is a SaaS platform that lets you easily add Continuous Integration/Deployment to your Github and BitBucket repositories. It is lightweight, super simple to setup, and runs your builds and tests faster than any other service.

Why do developers choose Shippable?

What are the cons of using Shippable?

Jobs that mention Shippable and Travis CI as a desired skillset

What companies use Shippable?

What tools integrate with Shippable?

What are some alternatives to Shippable and Travis CI?
Codeship
Codeship runs your automated tests and configured deployment when you push to your repository. It takes care of managing and scaling the infrastructure so that you are able to test and release more frequently and get faster feedback for building the product your users need.
CircleCI
Continuous integration and delivery platform helps software teams rapidly release code with confidence by automating the build, test, and deploy process. Offers a modern software development platform that lets teams ramp.
Jenkins
In a nutshell Jenkins CI is the leading open-source continuous integration server. Built with Java, it provides over 300 plugins to support building and testing virtually any project.
GitLab CI
GitLab offers a continuous integration service. If you add a .gitlab-ci.yml file to the root directory of your repository, and configure your GitLab project to use a Runner, then each merge request or push triggers your CI pipeline.
TeamCity
TeamCity is a user-friendly continuous integration (CI) server for professional developers, build engineers, and DevOps. It is trivial to setup and absolutely free for small teams and open source projects.
See all alternatives
Decisions about Shippable and Travis CI

How developers use Shippable and Travis CI

Very cheap and good quality integration service. Use docker as the underline infrastructure and is ready to deploy on many places like cloud foundry.

Its a build and reporter tool, continuous building the application