Heads up! You are comparing apples to oranges. Here is a related, more direct comparison: Vim vs Vim Python IDE
HomeDevOpsBuild, Test, DeployTools for Text Editors 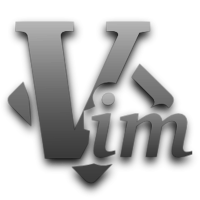 SpaceVim vs Vim: What are the differences?

What is SpaceVim? Like spacemacs, but for vim. SpaceVim is a Modular configuration, a bundle of custom settings and plugins, for Vim. It got inspired by spacemacs.

SpaceVim belongs to "Tools for Text Editors" category of the tech stack, while Vim can be primarily classified under "Text Editor".

SpaceVim is an open source tool with 11.5K GitHub stars and 957 GitHub forks. Here's a link to SpaceVim's open source repository on GitHub.

SpaceVim is a Modular configuration, a bundle of custom settings and plugins, for Vim. It got inspired by spacemacs.

Vim is an advanced text editor that seeks to provide the power of the de-facto Unix editor 'Vi', with a more complete feature set. Vim is a highly configurable text editor built to enable efficient text editing. It is an improved version of the vi editor distributed with most UNIX systems. Vim is distributed free as charityware.

Why do developers choose SpaceVim?

Why do developers choose Vim?

What are the cons of using SpaceVim?

What are the cons of using Vim?

What companies use Vim?

What tools integrate with SpaceVim?

What tools integrate with Vim?

What are some alternatives to SpaceVim and Vim?
Spacemacs
Since version 0.101.0 and later Spacemacs totally abolishes the frontiers between Vim and Emacs. The user can now choose his/her preferred editing style and enjoy all the Spacemacs features. Even better, it is possible to dynamically switch between the two styles seamlessly which makes it possible for programmers with different styles to do seat pair programming using the same editor.
Neovim
Neovim is a project that seeks to aggressively refactor Vim in order to: simplify maintenance and encourage contributions, split the work between multiple developers, enable the implementation of new/modern user interfaces without any modifications to the core source, and improve extensibility with a new plugin architecture.
ReSharper
It is a popular developer productivity extension for Microsoft Visual Studio. It automates most of what can be automated in your coding routines. It finds compiler errors, runtime errors, redundancies, and code smells right as you type, suggesting intelligent corrections for them.
Atom-IDE
A collection of Atom UIs to support language services as part of Atom IDE, designed for use with packages built on top of atom-languageclient.
Vim-Plug
A minimalist Vim plugin manager.
See all alternatives
Decisions about SpaceVim and Vim

my go to editor for all things. been a vimer for over a decade now. this is where all the magic happens. still so much to learn, the most amazing tool i use.

Vim lets me edit the Markdown content of the Hugo powered site with ease. The low bandwidth needs means I can remote in and get changes updated without issues.

Tool a while to get used to but one of the best things I have learnt recently, great training from Drew Neil over at VimCasts.

Our developers use Vim, which is great for remote pair programming. We even have a server—Bruizer—set up to host shared terminal sessions.