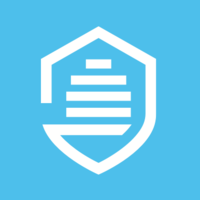 Travis CI vs wercker: What are the differences?

Travis CI: A hosted continuous integration service for open source and private projects. Free for open source projects, our CI environment provides multiple runtimes (e.g. Node.js or PHP versions), data stores and so on. Because of this, hosting your project on travis-ci.com means you can effortlessly test your library or applications against multiple runtimes and data stores without even having all of them installed locally; wercker: Build, test, and deploy container-native applications. Wercker is a CI/CD developer automation platform designed for Microservices & Container Architecture.

Travis CI and wercker belong to "Continuous Integration" category of the tech stack.

Some of the features offered by Travis CI are:

On the other hand, wercker provides the following key features:

"Github integration" is the primary reason why developers consider Travis CI over the competitors, whereas "Automatic Deployments" was stated as the key factor in picking wercker.

According to the StackShare community, Travis CI has a broader approval, being mentioned in 670 company stacks & 624 developers stacks; compared to wercker, which is listed in 40 company stacks and 23 developer stacks.

Why do developers choose wercker?

What are the cons of using wercker?

What companies use wercker?

What tools integrate with wercker?

What are some alternatives to Travis CI and wercker?
Jenkins
In a nutshell Jenkins CI is the leading open-source continuous integration server. Built with Java, it provides over 300 plugins to support building and testing virtually any project.
CircleCI
Continuous integration and delivery platform helps software teams rapidly release code with confidence by automating the build, test, and deploy process. Offers a modern software development platform that lets teams ramp.
GitLab CI
GitLab offers a continuous integration service. If you add a .gitlab-ci.yml file to the root directory of your repository, and configure your GitLab project to use a Runner, then each merge request or push triggers your CI pipeline.
GitLab
GitLab offers git repository management, code reviews, issue tracking, activity feeds and wikis. Enterprises install GitLab on-premise and connect it with LDAP and Active Directory servers for secure authentication and authorization. A single GitLab server can handle more than 25,000 users but it is also possible to create a high availability setup with multiple active servers.
Bamboo
Focus on coding and count on Bamboo as your CI and build server! Create multi-stage build plans, set up triggers to start builds upon commits, and assign agents to your critical builds and deployments.
See all alternatives
Decisions about Travis CI and wercker

How developers use Travis CI and wercker

Automatic generation and deployment of site

For automated testing and deployment