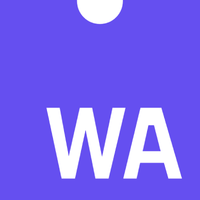 A binary instruction format for a stack-based virtual machine
webassembly.org
50
51
+ 1
0

It is an open standard that defines a portable binary code format for executable programs, and a corresponding textual assembly language, as well as interfaces for facilitating interactions between such programs and their host environment.
WebAssembly is a tool in the Languages category of a tech stack.
WebAssembly is an open source tool with 4.1K GitHub stars and 401 GitHub forks. Here’s a link to WebAssembly's open source repository on GitHub

Companies
14 companies reportedly use WebAssembly in their tech stacks, including Cubbit, Frontend, and yunfan.
Developers
36 developers on StackShare have stated that they use WebAssembly.

Here are some stack decisions, common use cases and reviews by members of with WebAssembly in their tech stack.

Imo Figma is an everywhere-available tool, that uses modern technology (WebAssembly) and intuitive design to let you build awesome things.

Here are some stack decisions, common use cases and reviews by companies and developers who chose WebAssembly in their tech stack.

Imo Figma is an everywhere-available tool, that uses modern technology (WebAssembly) and intuitive design to let you build awesome things.

What are some alternatives to WebAssembly?
JavaScript
JavaScript is most known as the scripting language for Web pages, but used in many non-browser environments as well such as node.js or Apache CouchDB. It is a prototype-based, multi-paradigm scripting language that is dynamic,and supports object-oriented, imperative, and functional programming styles.
Go
Go is expressive, concise, clean, and efficient. Its concurrency mechanisms make it easy to write programs that get the most out of multicore and networked machines, while its novel type system enables flexible and modular program construction. Go compiles quickly to machine code yet has the convenience of garbage collection and the power of run-time reflection. It's a fast, statically typed, compiled language that feels like a dynamically typed, interpreted language.
Emscripten
This allows applications and libraries originally designed to run as standard executables to be integrated into client side web applications.
React
Lots of people use React as the V in MVC. Since React makes no assumptions about the rest of your technology stack, it's easy to try it out on a small feature in an existing project.
Java
Java is a programming language and computing platform first released by Sun Microsystems in 1995. There are lots of applications and websites that will not work unless you have Java installed, and more are created every day. Java is fast, secure, and reliable. From laptops to datacenters, game consoles to scientific supercomputers, cell phones to the Internet, Java is everywhere!
See all alternatives
Related Comparisons