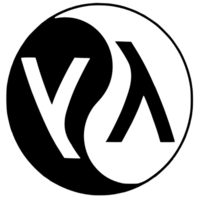 Lisp was originally created as a practical mathematical notation for computer programs, influenced by the notation of Alonzo Church's lambda calculus. It quickly became the favored programming language for artificial intelligence (AI) research. As one of the earliest programming languages, Lisp pioneered many ideas in computer science, including tree data structures, automatic storage management, dynamic typing, conditionals, higher-order functions, recursion, and the self-hosting compiler. [source: wikipedia]
Common Lisp is a tool in the Languages category of a tech stack.

Companies
23 companies reportedly use Common Lisp in their tech stacks, including Jane Street, GoodRx, and Broadcom.
Developers
152 developers on StackShare have stated that they use Common Lisp.

Here are some stack decisions, common use cases and reviews by companies and developers who chose Common Lisp in their tech stack.

Hello everyone! I’m interested in learning AI development, and after doing a little bit of research, I’ve learned that Common Lisp and Java are the top languages for AI. Which one should I learn? What are the differences? Are they hard to learn? If anyone can help with this, it’d be very appreciated. Thank you!

What are some alternatives to Common Lisp?
Clojure
Clojure is designed to be a general-purpose language, combining the approachability and interactive development of a scripting language with an efficient and robust infrastructure for multithreaded programming. Clojure is a compiled language - it compiles directly to JVM bytecode, yet remains completely dynamic. Clojure is a dialect of Lisp, and shares with Lisp the code-as-data philosophy and a powerful macro system.
Haskell
It is a general purpose language that can be used in any domain and use case, it is ideally suited for proprietary business logic and data analysis, fast prototyping and enhancing existing software environments with correct code, performance and scalability.
Python
Python is a general purpose programming language created by Guido Van Rossum. Python is most praised for its elegant syntax and readable code, if you are just beginning your programming career python suits you best.
Racket
It is a general-purpose, multi-paradigm programming language based on the Scheme dialect of Lisp. It is designed to be a platform for programming language design and implementation. It is also used for scripting, computer science education, and research.
Java
Java is a programming language and computing platform first released by Sun Microsystems in 1995. There are lots of applications and websites that will not work unless you have Java installed, and more are created every day. Java is fast, secure, and reliable. From laptops to datacenters, game consoles to scientific supercomputers, cell phones to the Internet, Java is everywhere!
See all alternatives
Related Comparisons