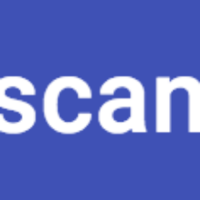 Amazon Rekognition vs scanR: What are the differences?

Developers describe Amazon Rekognition as "Image Detection and Recognition Powered by Deep Learning". Amazon Rekognition is a service that makes it easy to add image analysis to your applications. With Rekognition, you can detect objects, scenes, and faces in images. You can also search and compare faces. Rekognition’s API enables you to quickly add sophisticated deep learning-based visual search and image classification to your applications. On the other hand, scanR is detailed as "API to detect text in images, built for developers". scanR is a simple OCR API service that supports 32 languages and can extract text from images or PDF files.

What is Amazon Rekognition?

scanR is a simple OCR API service that supports 32 languages and can extract text from images or PDF files.

Why do developers choose Amazon Rekognition?

Why do developers choose scanR?

What are the cons of using Amazon Rekognition?

What are the cons of using scanR?

What companies use Amazon Rekognition?

What tools integrate with Amazon Rekognition?

What tools integrate with scanR?

No integrations found
What are some alternatives to Amazon Rekognition and scanR?
TensorFlow
TensorFlow is an open source software library for numerical computation using data flow graphs. Nodes in the graph represent mathematical operations, while the graph edges represent the multidimensional data arrays (tensors) communicated between them. The flexible architecture allows you to deploy computation to one or more CPUs or GPUs in a desktop, server, or mobile device with a single API.
OpenCV
OpenCV was designed for computational efficiency and with a strong focus on real-time applications. Written in optimized C/C++, the library can take advantage of multi-core processing. Enabled with OpenCL, it can take advantage of the hardware acceleration of the underlying heterogeneous compute platform.
Google Cloud Vision API
Google Cloud Vision API enables developers to understand the content of an image by encapsulating powerful machine learning models in an easy to use REST API.
Tesseract OCR
Tesseract was originally developed at Hewlett-Packard Laboratories Bristol and at Hewlett-Packard Co, Greeley Colorado between 1985 and 1994, with some more changes made in 1996 to port to Windows, and some C++izing in 1998. In 2005 Tesseract was open sourced by HP. Since 2006 it is developed by Google.
Tesseract.js
This library supports over 60 languages, automatic text orientation and script detection, a simple interface for reading paragraph, word, and character bounding boxes. Tesseract.js can run either in a browser and on a server with NodeJS.
See all alternatives
Decisions about Amazon Rekognition and scanR
No stack decisions found
Related Comparisons