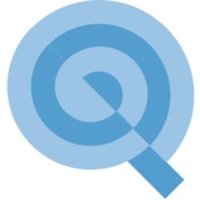 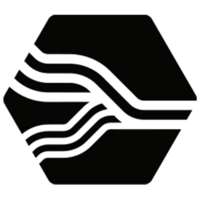 HSQLDB vs PipelineDB: What are the differences?

What is PipelineDB? The Streaming SQL Database. PipelineDB is an open-source relational database that runs SQL queries continuously on streams, incrementally storing results in tables.

HSQLDB and PipelineDB can be categorized as "Databases" tools.

Some of the features offered by HSQLDB are:

On the other hand, PipelineDB provides the following key features:

HSQLDB is an open source tool with 19 GitHub stars and 6 GitHub forks. Here's a link to HSQLDB's open source repository on GitHub.

Why do developers choose HSQLDB?

Why do developers choose PipelineDB?

What are the cons of using HSQLDB?

What are the cons of using PipelineDB?

What companies use HSQLDB?

What tools integrate with HSQLDB?

What tools integrate with PipelineDB?

What are some alternatives to HSQLDB and PipelineDB?
MySQL
The MySQL software delivers a very fast, multi-threaded, multi-user, and robust SQL (Structured Query Language) database server. MySQL Server is intended for mission-critical, heavy-load production systems as well as for embedding into mass-deployed software.
SQLite
SQLite is an embedded SQL database engine. Unlike most other SQL databases, SQLite does not have a separate server process. SQLite reads and writes directly to ordinary disk files. A complete SQL database with multiple tables, indices, triggers, and views, is contained in a single disk file.
PostgreSQL
PostgreSQL is an advanced object-relational database management system that supports an extended subset of the SQL standard, including transactions, foreign keys, subqueries, triggers, user-defined types and functions.
Firebird
Firebird is a relational database offering many ANSI SQL standard features that runs on Linux, Windows, MacOS and a variety of Unix platforms. Firebird offers excellent concurrency, high performance, and powerful language support for stored procedures and triggers. It has been used in production systems, under a variety of names, since 1981.
MongoDB
MongoDB stores data in JSON-like documents that can vary in structure, offering a dynamic, flexible schema. MongoDB was also designed for high availability and scalability, with built-in replication and auto-sharding.
See all alternatives
Decisions about HSQLDB and PipelineDB
No stack decisions found
Related Comparisons