JBoss vs Microsoft IIS: What are the differences?

Developers describe JBoss as "An open-source Java EE-based application server". An application platform for hosting your apps that provides an innovative modular, cloud-ready architecture, powerful management and automation, and world class developer productivity. On the other hand, Microsoft IIS is detailed as "A web server for Microsoft Windows". Internet Information Services (IIS) for Windows Server is a flexible, secure and manageable Web server for hosting anything on the Web. From media streaming to web applications, IIS's scalable and open architecture is ready to handle the most demanding tasks.

JBoss and Microsoft IIS can be primarily classified as "Web Servers" tools.

Microsoft, MIT, and Starbucks are some of the popular companies that use Microsoft IIS, whereas JBoss is used by Kanteron Systems, Syonet, and Tarya P2P. Microsoft IIS has a broader approval, being mentioned in 1498 company stacks & 314 developers stacks; compared to JBoss, which is listed in 14 company stacks and 3 developer stacks. 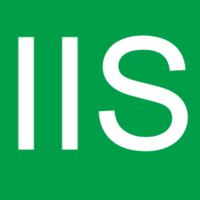 An application platform for hosting your apps that provides an innovative modular, cloud-ready architecture, powerful management and automation, and world class developer productivity.

What is Microsoft IIS?

Internet Information Services (IIS) for Windows Server is a flexible, secure and manageable Web server for hosting anything on the Web. From media streaming to web applications, IIS's scalable and open architecture is ready to handle the most demanding tasks.

What companies use JBoss?

What companies use Microsoft IIS?

See which teams inside your own company are using JBoss or Microsoft IIS.
Sign up for StackShare EnterpriseLearn More

What tools integrate with JBoss?

What tools integrate with Microsoft IIS?

+12
13
4086
What are some alternatives to JBoss and Microsoft IIS?
Apache Tomcat
Apache Tomcat powers numerous large-scale, mission-critical web applications across a diverse range of industries and organizations.
Wildfly
It is a flexible, lightweight, managed application runtime that helps you build amazing applications. It supports the latest standards for web development.
GlassFish
An Application Server means, It can manage Java EE applications You should use GlassFish for Java EE enterprise applications. The need for a seperate Web server is mostly needed in a production environment.
Websphere
It is a highly scalable, secure and reliable Java EE runtime environment designed to host applications and microservices for any size organization. It supports the Java EE, Jakarta EE and MicroProfile standards-based programming models.
Spring Boot
Spring Boot makes it easy to create stand-alone, production-grade Spring based Applications that you can "just run". We take an opinionated view of the Spring platform and third-party libraries so you can get started with minimum fuss. Most Spring Boot applications need very little Spring configuration.
See all alternatives
See all the technologies you’re using across your company.
Sign up for StackShare EnterpriseLearn More