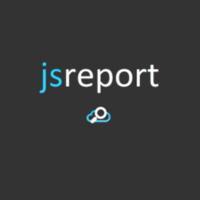 PhantomJS, Modernizr, Modernizr, fancybox, and Lodash are the most popular alternatives and competitors to jsreport.
Tool Profile
jan_blaha
jsreport.net
10
16
+ 1
0

What is jsreport and what are its top alternatives?

It is a reporting server which lets developers define reports using javascript templating engines (like jsrender or handlebars). It supports various report output formats like html, pdf, excel and others. It also includes advanced reporting features like user management, REST API, scheduling, designer or sending emails.
jsreport is a tool in the Javascript Utilities & Libraries category of a tech stack.
jsreport is an open source tool with 761 GitHub stars and 143 GitHub forks. Here’s a link to jsreport's open source repository on GitHub

We use CasperJS because we adopted it back in 2013 for JavaScript frontend testing. It was a really nice system back then compared to what else was out there; you had PhantomJS as a programmable browser that actually rendered CSS and everything, it was really fast (speed is a big downside of e.g. Selenium), and it was possible to make non-flaky frontend integration tests with it.

I wouldn't recommend it today, because PhantomJS is a basically dead project, and as a result, so is CasperJS. I expect we'll migrate to something else. We haven't in large part because 95% of our new tests are written with a simple Node.js-based unit testing framework we use that run 35K lines of unit tests covering most of our JS codebase in 3.6 seconds. And for the things where we want an integration test, CasperJS does work, and I think there's a good chance that waiting another year or two will result in our being able to switch to a much better option than what we'd get if we migrated now.