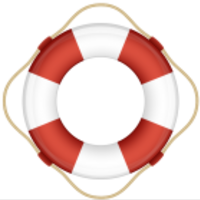 Sidekiq, delayed_job, Celery, Beanstalkd, and RabbitMQ are the most popular alternatives and competitors to Resque.
View Jobs
Tool Profile
github.com
109
98
+ 1
9

What is Resque and what are its top alternatives?

Background jobs can be any Ruby class or module that responds to perform. Your existing classes can easily be converted to background jobs or you can create new classes specifically to do work. Or, you can do both.
Resque is a tool in the Background Processing category of a tech stack.
Resque is an open source tool with 8.9K GitHub stars and 1.6K GitHub forks. Here’s a link to Resque's open source repository on GitHub

I'm building a new process management tool. I decided to build with Rails as my backend, using Sidekiq for background jobs. I chose to work with these tools because I've worked with them before and know that they're able to get the job done. They may not be the sexiest tools, but they work and are reliable, which is what I was optimizing for. For data stores, I opted for PostgreSQL and Redis. Because I'm planning on offering dashboards, I wanted a SQL database instead of something like MongoDB that might work early on, but be difficult to use as soon as I want to facilitate aggregate queries.

On the front-end I'm using Vue.js and vuex in combination with #Turbolinks. In effect, I want to render most pages on the server side without key interactions being managed by Vue.js . This is the first project I'm working on where I've explicitly decided not to include jQuery . I have found React and Redux.js more confusing to setup. I appreciate the opinionated approach from the Vue.js community and that things just work together the way that I'd expect. To manage my javascript dependencies, I'm using Yarn .

For CSS frameworks, I'm using #Bulma.io. I really appreciate it's minimal nature and that there are no hard javascript dependencies. And to add a little spice, I'm using #font-awesome.

Hi! I am creating a scraping system in Django, which involves long running tasks between 1 minute & 1 Day. As I am new to Message Brokers and Task Queues, I need advice on which architecture to use for my system. ( Amazon SQS, RabbitMQ, or Celery). The system should be autoscalable using Kubernetes(K8) based on the number of pending tasks in the queue.

We've been using RabbitMQ as Zulip's queuing system since we needed a queuing system. What I like about it is that it scales really well and has good libraries for a wide range of platforms, including our own Python. So aside from getting it running, we've had to put basically 0 effort into making it scale for our needs.

However, there's several things that could be better about it: * It's error messages are absolutely terrible; if ever one of our users ends up getting an error with RabbitMQ (even for simple things like a misconfigured hostname), they always end up needing to get help from the Zulip team, because the errors logs are just inscrutable. As an open source project, we've handled this issue by really carefully scripting the installation to be a failure-proof configuration (in this case, setting the RabbitMQ hostname to 127.0.0.1, so that no user-controlled configuration can break it). But it was a real pain to get there and the process of determining we needed to do that caused a significant amount of pain to folks installing Zulip. * The pika library for Python takes a lot of time to startup a RabbitMQ connection; this means that Zulip server restarts are more disruptive than would be ideal. * It's annoying that you need to run the rabbitmqctl management commands as root.

But overall, I like that it has clean, clear semanstics and high scalability, and haven't been tempted to do the work to migrate to something like Redis (which has its own downsides).