Heads up! You are comparing apples to oranges. Here is a related, more direct comparison: Flask vs Vibora
HomeApplication and DataLanguages & FrameworksMicroframeworks (Backend) 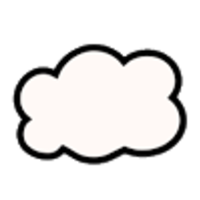 Flask vs Mojolicious: What are the differences?

Developers describe Flask as "a microframework for Python based on Werkzeug, Jinja 2 and good intentions". Flask is intended for getting started very quickly and was developed with best intentions in mind. On the other hand, Mojolicious is detailed as "Perl real-time web framework". Back in the early days of the web, many people learned Perl because of a wonderful Perl library called CGI. It was simple enough to get started without knowing much about the language and powerful enough to keep you going, learning by doing was much fun. While most of the techniques used are outdated now, the idea behind it is not. Mojolicious is a new attempt at implementing this idea using state of the art technology.

"Lightweight" is the primary reason why developers consider Flask over the competitors, whereas "Open source" was stated as the key factor in picking Mojolicious.

Netflix, reddit, and Lyft are some of the popular companies that use Flask, whereas Mojolicious is used by WebbyLab, Binary.com, and MynewMD. Flask has a broader approval, being mentioned in 511 company stacks & 531 developers stacks; compared to Mojolicious, which is listed in 9 company stacks and 3 developer stacks.

Flask is intended for getting started very quickly and was developed with best intentions in mind.

Back in the early days of the web, many people learned Perl because of a wonderful Perl library called CGI. It was simple enough to get started without knowing much about the language and powerful enough to keep you going, learning by doing was much fun. While most of the techniques used are outdated now, the idea behind it is not. Mojolicious is a new attempt at implementing this idea using state of the art technology.

Why do developers choose Flask?

Why do developers choose Mojolicious?

What are the cons of using Flask?

What are the cons of using Mojolicious?

What companies use Flask?

What companies use Mojolicious?

What tools integrate with Flask?

What tools integrate with Mojolicious?

What are some alternatives to Flask and Mojolicious?
Django
Django is a high-level Python Web framework that encourages rapid development and clean, pragmatic design.
Tornado
By using non-blocking network I/O, Tornado can scale to tens of thousands of open connections, making it ideal for long polling, WebSockets, and other applications that require a long-lived connection to each user.
ExpressJS
Express is a minimal and flexible node.js web application framework, providing a robust set of features for building single and multi-page, and hybrid web applications.
Node.js
Node.js uses an event-driven, non-blocking I/O model that makes it lightweight and efficient, perfect for data-intensive real-time applications that run across distributed devices.
React
Lots of people use React as the V in MVC. Since React makes no assumptions about the rest of your technology stack, it's easy to try it out on a small feature in an existing project.
See all alternatives
Decisions about Flask and Mojolicious

Unlike our frontend, we chose Flask, a microframework, for our backend. We use it with Python 3 and Gunicorn.

One of the reasons was that I have significant experience with this framework. However, it also was a rather straightforward choice given that our backend almost only serves REST APIs, and that most of the work is talking to the database with SQLAlchemy .

We could have gone with something like Hug but it is kind of early. We might revisit that decision for new services later on.

We are in the process of building a modern content platform to deliver our content through various channels. We decided to go with Microservices architecture as we wanted scale. Microservice architecture style is an approach to developing an application as a suite of small independently deployable services built around specific business capabilities. You can gain modularity, extensive parallelism and cost-effective scaling by deploying services across many distributed servers. Microservices modularity facilitates independent updates/deployments, and helps to avoid single point of failure, which can help prevent large-scale outages. We also decided to use Event Driven Architecture pattern which is a popular distributed asynchronous architecture pattern used to produce highly scalable applications. The event-driven architecture is made up of highly decoupled, single-purpose event processing components that asynchronously receive and process events.

To build #Webapps we decided to use Angular 2 with RxJS

Flask is a light, yet powerful Python web framework perfect for quickly building smaller web applications. It's a "micro-framework" that's easy to learn and simple to use, so it's perfect for those new to web development as well as those looking to rapidly develop a web application.

How developers use Flask and Mojolicious

I use Flask for times when I need to create a REST API that interfaces with other Python code, or there is no specific reason why I'd want to use Node.JS. I prefer Flask because of its small learning curve, allowing me to get started coding as quickly as possible

Web part is fully written on top of Mojolicious. Thanks Sebastian Riedel and all the contributors for the great framework!

Flask drives our APIs, both the Website APIs and the majority of the REST Messaging APIs

used flask for a few personal projects. enjoyed its simplicity and ease of use.

It's my favorite way of creating websites (APIs and frontends)