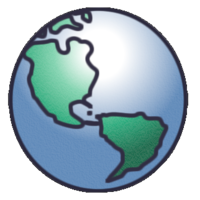 Flyway vs PostGIS: What are the differences?

Flyway: Database Migrations Made Easy. Easy to setup, simple to master. Flyway lets you regain control of your database migrations with pleasure and plain sql. Solves only one problem and solves it well. Flyway migrates your database, so you don't have to worry about it anymore; PostGIS: Open source spatial database. PostGIS is a spatial database extender for PostgreSQL object-relational database. It adds support for geographic objects allowing location queries to be run in SQL.

Flyway and PostGIS belong to "Database Tools" category of the tech stack.

Some of the features offered by Flyway are:

On the other hand, PostGIS provides the following key features:

"Superb tool, easy to configure and use" is the primary reason why developers consider Flyway over the competitors, whereas "De facto GIS in SQL" was stated as the key factor in picking PostGIS.

Flyway and PostGIS are both open source tools. It seems that Flyway with 4.2K GitHub stars and 915 forks on GitHub has more adoption than PostGIS with 645 GitHub stars and 246 GitHub forks.

HotelTonight, Key Location, and DNT are some of the popular companies that use PostGIS, whereas Flyway is used by JustWatch, Red Panda Platform, and Picnic Technologies. PostGIS has a broader approval, being mentioned in 53 company stacks & 14 developers stacks; compared to Flyway, which is listed in 15 company stacks and 19 developer stacks.

It lets you regain control of your database migrations with pleasure and plain sql. Solves only one problem and solves it well. It migrates your database, so you don't have to worry about it anymore.

PostGIS is a spatial database extender for PostgreSQL object-relational database. It adds support for geographic objects allowing location queries to be run in SQL.

Why do developers choose Flyway?

Why do developers choose PostGIS?

What are the cons of using Flyway?

What are the cons of using PostGIS?

What companies use Flyway?

What companies use PostGIS?

What tools integrate with Flyway?

What tools integrate with PostGIS?

What are some alternatives to Flyway and PostGIS?
Liquibase
Liquibase is a leading open-source tool for database schema change management. Liquibase helps teams track, version, and deploy database schema and logic changes so they can automate their database code process with their app code process.
Slick
It is a modern database query and access library for Scala. It allows you to work with stored data almost as if you were using Scala collections while at the same time giving you full control over when a database access happens and which data is transferred.
Sequel Pro
Sequel Pro is a fast, easy-to-use Mac database management application for working with MySQL databases.
Spring Data
It makes it easy to use data access technologies, relational and non-relational databases, map-reduce frameworks, and cloud-based data services. This is an umbrella project which contains many subprojects that are specific to a given database.
Microsoft SQL Server Management Studio
It is an integrated environment for managing any SQL infrastructure, from SQL Server to Azure SQL Database. It provides tools to configure, monitor, and administer instances of SQL Server and databases. Use it to deploy, monitor, and upgrade the data-tier components used by your applications, as well as build queries and scripts.
See all alternatives
Decisions about Flyway and PostGIS

it works with complex SQL script and it is very high customizable.

How developers use Flyway and PostGIS

PostGIS makes it easy (and fast) to do geographic queries, such as nearest-neighbor and bounding box queries.