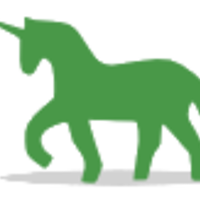 Gunicorn vs Jetty: What are the differences?

What is Gunicorn? A Python WSGI HTTP Server for UNIX. Gunicorn is a pre-fork worker model ported from Ruby's Unicorn project. The Gunicorn server is broadly compatible with various web frameworks, simply implemented, light on server resources, and fairly speedy.

What is Jetty? An open-source project providing an HTTP server, HTTP client, and javax.servlet container. Jetty is used in a wide variety of projects and products, both in development and production. Jetty can be easily embedded in devices, tools, frameworks, application servers, and clusters. See the Jetty Powered page for more uses of Jetty.

Gunicorn and Jetty can be categorized as "Web Servers" tools.

"Python" is the primary reason why developers consider Gunicorn over the competitors, whereas "Lightweight" was stated as the key factor in picking Jetty.

According to the StackShare community, Gunicorn has a broader approval, being mentioned in 184 company stacks & 51 developers stacks; compared to Jetty, which is listed in 58 company stacks and 16 developer stacks.

Jetty is used in a wide variety of projects and products, both in development and production. Jetty can be easily embedded in devices, tools, frameworks, application servers, and clusters. See the Jetty Powered page for more uses of Jetty.

Why do developers choose Gunicorn?

Why do developers choose Jetty?

What are the cons of using Gunicorn?

What are the cons of using Jetty?

Jobs that mention Gunicorn and Jetty as a desired skillset

What companies use Jetty?

What tools integrate with Jetty?

What are some alternatives to Gunicorn and Jetty?
uWSGI
The uWSGI project aims at developing a full stack for building hosting services.
nginx
nginx [engine x] is an HTTP and reverse proxy server, as well as a mail proxy server, written by Igor Sysoev. According to Netcraft nginx served or proxied 30.46% of the top million busiest sites in Jan 2018.
Apache HTTP Server
The Apache HTTP Server is a powerful and flexible HTTP/1.1 compliant web server. Originally designed as a replacement for the NCSA HTTP Server, it has grown to be the most popular web server on the Internet.
Microsoft IIS
Internet Information Services (IIS) for Windows Server is a flexible, secure and manageable Web server for hosting anything on the Web. From media streaming to web applications, IIS's scalable and open architecture is ready to handle the most demanding tasks.
Apache Tomcat
Apache Tomcat powers numerous large-scale, mission-critical web applications across a diverse range of industries and organizations.
See all alternatives
Decisions about Gunicorn and Jetty
No stack decisions found
Related Comparisons

Gunicorn is WSGI container that we used to run our Tornado code as it supports Asynchronous operations on tornado.

uWSGI server that is easy to configure with Nginx and Django

Gunicorn is used as the backend webserver

Runs my Django based API through nginx.