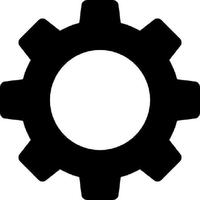 Ottomatica slim vs VMware vSphere: What are the differences?

Developers describe Ottomatica slim as "Build and run tiny vms from Dockerfiles". It will build a micro-vm from a Dockerfile. It works by building and extracting a rootfs from a Dockerfile, and then merging that filesystem with a small minimal kernel that runs in RAM. On the other hand, VMware vSphere is detailed as "Free bare-metal hypervisor that virtualizes servers so you can consolidate your applications on less hardware". vSphere is the world’s leading server virtualization platform. Run fewer servers and reduce capital and operating costs using VMware vSphere to build a cloud computing infrastructure.

Ottomatica slim and VMware vSphere can be primarily classified as "Virtualization Platform" tools.

Why do developers choose Ottomatica slim?

What are the cons of using Ottomatica slim?

What companies use Ottomatica slim?

What tools integrate with Ottomatica slim?

What are some alternatives to Ottomatica slim and VMware vSphere?
VirtualBox
VirtualBox is a powerful x86 and AMD64/Intel64 virtualization product for enterprise as well as home use. Not only is VirtualBox an extremely feature rich, high performance product for enterprise customers, it is also the only professional solution that is freely available as Open Source Software under the terms of the GNU General Public License (GPL) version 2.
Proxmox VE
It is a complete open-source platform for all-inclusive enterprise virtualization that tightly integrates KVM hypervisor and LXC containers, software-defined storage and networking functionality on a single platform, and easily manages high availability clusters and disaster recovery tools with the built-in web management interface.
KVM
KVM (for Kernel-based Virtual Machine) is a full virtualization solution for Linux on x86 hardware containing virtualization extensions (Intel VT or AMD-V).
VMware Fusion
It gives Mac users the power to run Windows on Mac along with hundreds of other operating systems side by side with Mac applications, without rebooting. It is simple enough for home users and powerful enough for IT professionals, developers and businesses.
Qemu
When used as a machine emulator, it can run OSes and programs made for one machine (e.g. an ARM board) on a different machine (e.g. your own PC). By using dynamic translation, it achieves very good performance. When used as a virtualizer, it achieves near native performance by executing the guest code directly on the host CPU. it supports virtualization when executing under the Xen hypervisor or using the KVM kernel module in Linux. When using KVM, it can virtualize x86, server and embedded PowerPC, 64-bit POWER, S390, 32-bit and 64-bit ARM, and MIPS guests.
See all alternatives
Decisions about Ottomatica slim and VMware vSphere
No stack decisions found
Related Comparisons