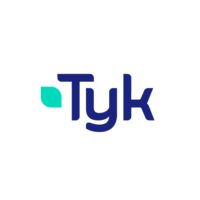 What is Tyk Cloud?

Tyk is a lightweight, open source API Gateway and enables you to control who accesses your API, when they access it and how they access it. Tyk will also record detailed analytics on how your users are interacting with your API and when things go wrong.
Tyk Cloud is a tool in the API Tools category of a tech stack.
Tyk Cloud is an open source tool with 5.6K GitHub stars and 725 GitHub forks. Here’s a link to Tyk Cloud's open source repository on GitHub

Companies
10 companies reportedly use Tyk Cloud in their tech stacks, including Twig World, Senz, and Big Data Services.
Developers
22 developers on StackShare have stated that they use Tyk Cloud.

Here are some stack decisions, common use cases and reviews by companies and developers who chose Tyk Cloud in their tech stack. 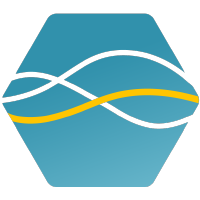 We needed a lightweight and completely customizable #microservices #gateway to be able to generate #JWT and introspect #OAuth2 tokens as well. The #gateway was going to front all #APIs for our single page web app as well as externalized #APIs for our partners.

We looked at Tyk Cloud and Kong. Kong's plugins are all Lua based and its core is NGINX and OpenResty. Although it's open source, it's not the greatest platform to be able to customize. On top of that enterprise features are paid and expensive. Tyk is Go and the nomenclature used within Tyk like "sessions" was bizarre, and again enterprise features were paid.

We ultimately decided to roll our own using ExpressJS into Express Gateway because the use case for using ExpressJS as an #API #gateway was tried and true, in fact - all the enterprise features that the other two charge for #OAuth2 introspection etc were freely available within ExpressJS middleware.

What are some alternatives to Tyk Cloud?
Postman
It is the only complete API development environment, used by nearly five million developers and more than 100,000 companies worldwide.
Amazon API Gateway
Amazon API Gateway handles all the tasks involved in accepting and processing up to hundreds of thousands of concurrent API calls, including traffic management, authorization and access control, monitoring, and API version management.
Insomnia REST Client
Insomnia is a powerful REST API Client with cookie management, environment variables, code generation, and authentication for Mac, Window, and Linux.
Paw
Paw is a full-featured and beautifully designed Mac app that makes interaction with REST services delightful. Either you are an API maker or consumer, Paw helps you build HTTP requests, inspect the server's response and even generate client code.
OpenAPI
It is a publicly available application programming interface that provides developers with programmatic access to a proprietary software application or web service.
See all alternatives
Related Comparisons