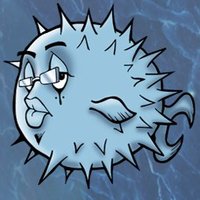 It is a free and secure UNIX-like operating system that emphasizes portability, standardization, correctness, proactive security & integrated cryptography.
OpenBSD is a tool in the Operating Systems category of a tech stack.

Companies
Developers
30 developers on StackShare have stated that they use OpenBSD.

Here are some stack decisions, common use cases and reviews by companies and developers who chose OpenBSD in their tech stack.

Rely on the simplicity and security record of OpenBSD to keep my deployments easy to manage and run. Ansible playbooks for easily provisioning copies of the same setup. Using the httpd daemon provided by OpenBSD as it's full featured and included in the base operating system. Hugo creates static html based on markdown files that live in my home directory, and they are copied up to the server using scp.

What are some alternatives to OpenBSD?
FreeBSD
An operating system for a variety of platforms which focuses on features, speed, and stability. It is derived from BSD, the version of UNIX® developed at the University of California, Berkeley. It is developed and maintained by a large community.
Linux
A clone of the operating system Unix, written from scratch by Linus Torvalds with assistance from a loosely-knit team of hackers across the Net. It aims towards POSIX and Single UNIX Specification compliance.
pfSense
It is an open source firewall/router computer software distribution based on FreeBSD. It is installed on a physical computer or a virtual machine to make a dedicated firewall/router for a network.
CentOS
The CentOS Project is a community-driven free software effort focused on delivering a robust open source ecosystem. For users, we offer a consistent manageable platform that suits a wide variety of deployments. For open source communities, we offer a solid, predictable base to build upon, along with extensive resources to build, test, release, and maintain their code.
Debian
Debian systems currently use the Linux kernel or the FreeBSD kernel. Linux is a piece of software started by Linus Torvalds and supported by thousands of programmers worldwide. FreeBSD is an operating system including a kernel and other software.
See all alternatives
Related Comparisons