Pinterest
Pinterest's profile on StackShare is not actively maintained, so the information here may be out of date.
Social Media E-Commerce Social Commerce Curated Web
View Profile

Over the past three years, the Cloud Runtime team’s journey has gone from “Why Kubernetes?” to “How to scale?”. There is no doubt that Kubernetes based compute platform has achieved huge success at Pinterest. We have been supporting big data processing, machine learning, distributed training, workflow engine, CI/CD, internal tools — backing up every engineer at Pinterest.

As more and more business-critical workloads onboard Kubernetes, it is increasingly important to have a high-performance control plane that efficiently orchestrates every workload. Critical workloads such as content model training and ads reporting pipelines will be delayed if it takes too long to translate user workloads into Kubernetes native pods.

The initial SLO was set to 99%. At the time of writing this post, we are proudly serving a control plane SLO of 99.9%. This post is about how we improved the control plane to achieve high performance.

Control Plane in a Nutshell

Control plane is the nerve center of the Kubernetes platform and is responsible for workload orchestration. It listens to changes from the Kubernetes API, compares the desired state of resources with their actual status, and takes actions to make sure the actual resource status matches the desired status (reconciliation). Workload orchestration also includes making scheduling decisions about where to place workloads.

Kubernetes control plane consists of a set of resource controllers. Our resource controllers are written in the controller framework, which has an informer-reflector-cache architecture. Informers use the List-Watch mechanism to fetch and monitor resource changes from the Kubernetes API. Reflector updates cache with resource changes and dispatches events for handling. Cache stores resource objects and serve List and Get calls. The controller framework follows the producer-consumer pattern. The event handler is the producer and is responsible for queuing reconcile requests, while the controller worker pool is the consumer who pulls items from workqueue to run the reconciliation logic. 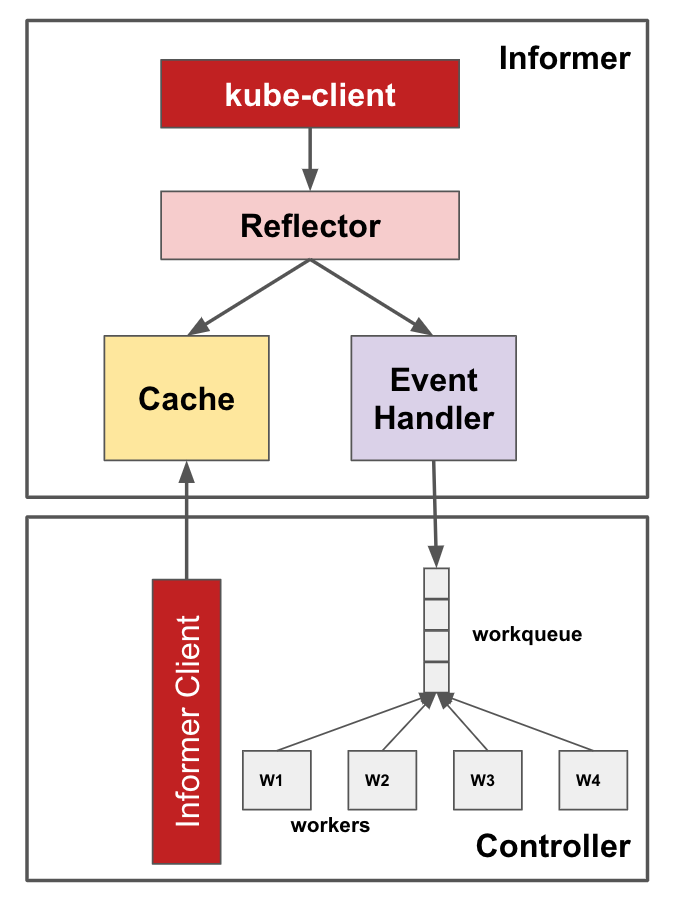 The controller worker pool is where the actual status to desired status reconciliation occurs. We leveraged the metrics provided by the workqueue package to gain a deep insight into the worker pool efficiency. These metrics are:

Among these metrics, queue depth draws our attention as its spikes highly correlate with control plane performance degradation. Spikes in queue depth indicate head-of-line blocking. This usually happens when a large number of irrelevant items are enqueued in a short period of time. For those items that really need to be reconciled, they end up waiting in the queue for a longer time and cause SLI dips. 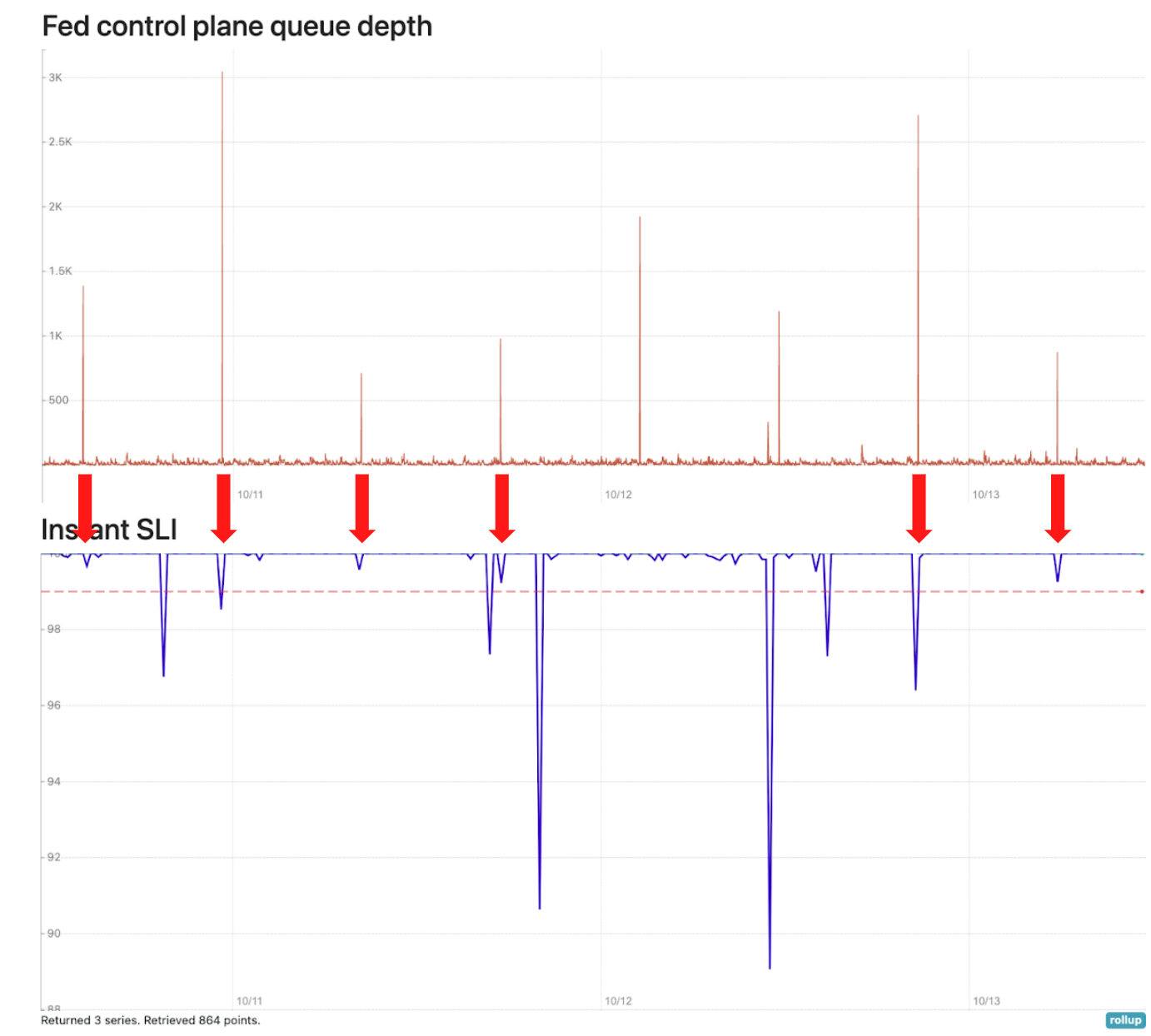 To resolve the head-of-line blocking, we categorize informer events and handle them with different priorities. User-triggered events have a high priority and need to be reconciled immediately, e.g., Create events triggered by users creating workloads or Update events triggered by users updating the labels of workloads. On the other hand, some system-triggered events are low priorities, e.g., a Create event during informer initialization, or an Update event during informer periodic resync. They don’t affect our SLI and are not as time-sensitive as user-triggered events. They can be delayed so they don’t pile up in the queue and block urgent events. The following section is about how to identify and delay these system-triggered events.

Each time we update the controller, the informer initializes its List-Watch mechanism by issuing a List call to the API server. It then stores the returned results in its cache and triggers a Create event for each result. This results in a spike in the queue depth. The solution is to delay any subsequent Create events for existing objects; an object cannot be created twice by the user, and any subsequent Create events must come from informer initialization. 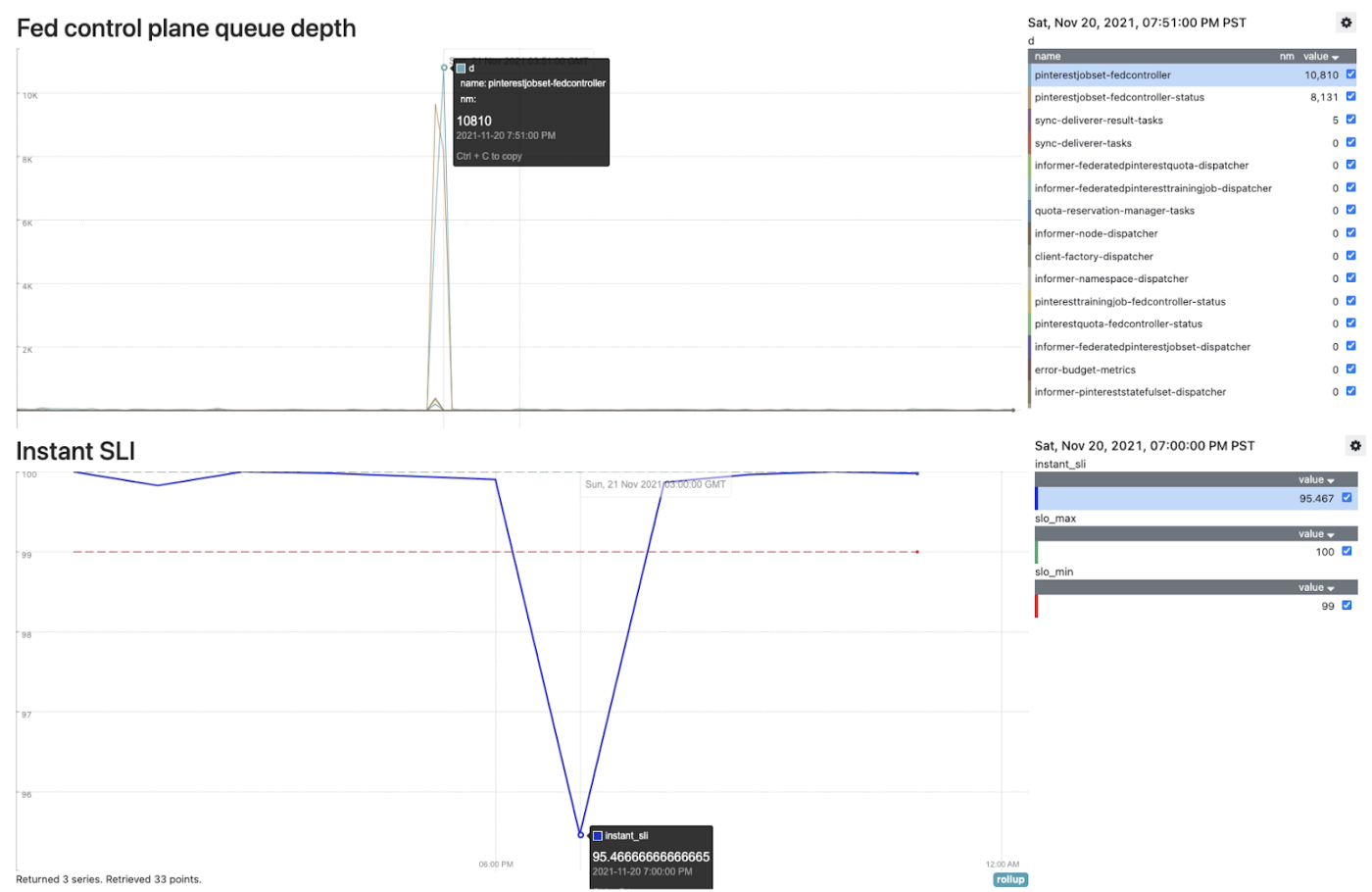 Periodically, the informer goes over all items remaining in its cache, triggering an Update event for each item. These events are enqueued at the same time and result in a queue depth spike. As shown in Figure 2, the queue depth spike aligns with the informer periodic resync interval we configured. 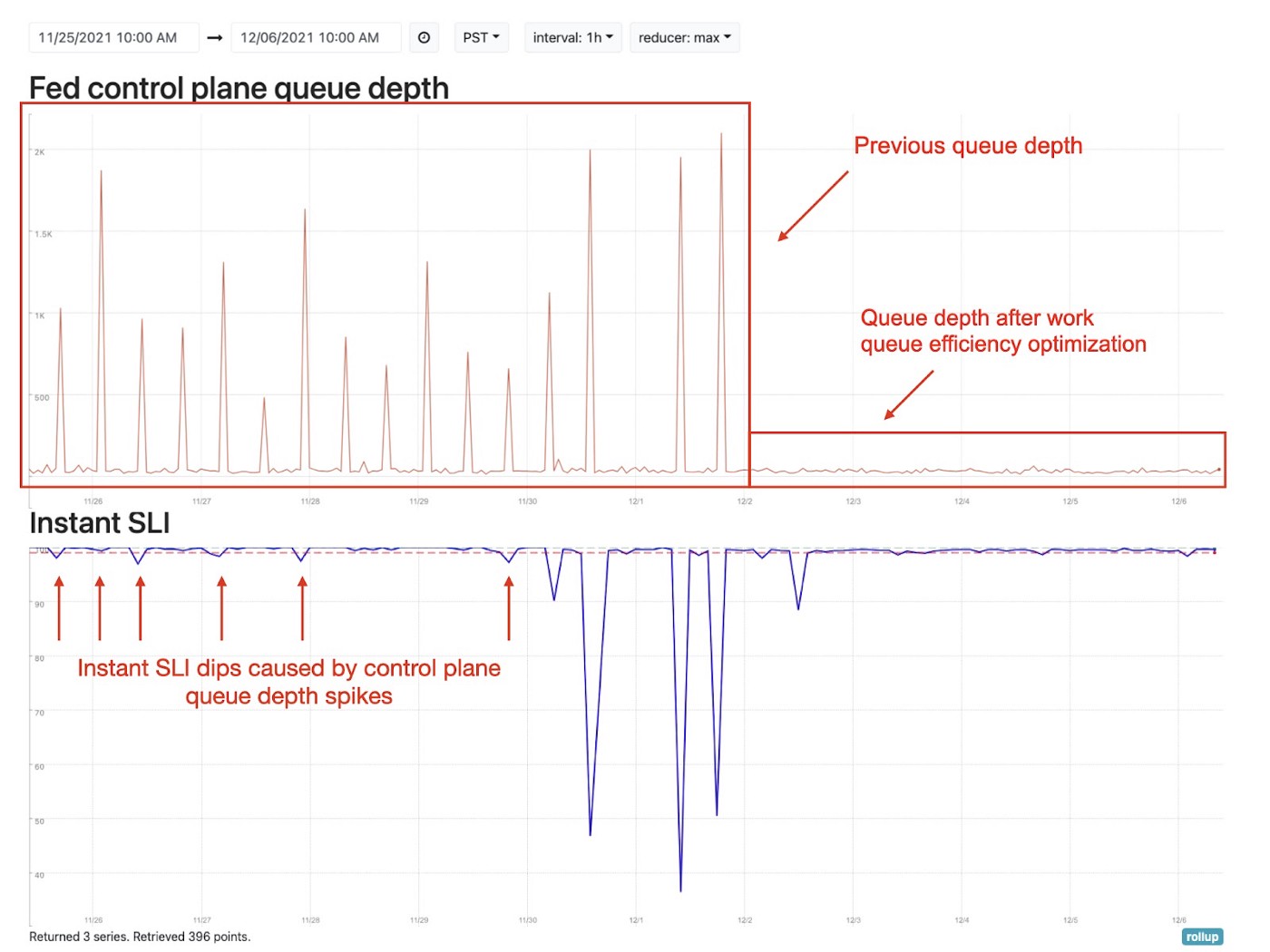 There are two common leader election mechanisms for the Kubernetes control plane.

In this post, we focus on the optimization of the leader-for-life approach to reduce control plane leadership switch time and improve control plane performance.

The leader-for-life package hardcoded the exponential backoff interval between attempts to become a leader, starting from 1s to a maximum of 16s. When a container requires some time to initialize, it always hits the maximum of 16s. We make the backoff interval configurable and reduce it to fit our situation. We also contributed our solution back to the operator framework community.

During the leader ramp-up time, each resource informer in each cluster initiates a List call to the API server and synchronizes its cache with the returned results. The leader will only start reconciliation when all informer caches are synchronized.

The informer cache preload procedure runs in the background and does not block a standby pod from becoming the leader. To enforce the blocking, we define a readiness probe by HTTP GET request to periodically check if all informer cache are synchronized. With a rolling upgrade strategy, the old leader pod is killed after the new standby pod is ready, which ensures the new pod is always warmed up when it becomes the leader.

Shout out to Suli Xu and Harry Zhang for their great contributions in building a high-performance control plane to support business needs. Special thanks to June Liu, Anson Qian, Haniel Martino, Ming Zong, Quentin Miao, Robson Braga and Martin Stankard for their feedback and support.

Pinterest
Pinterest's profile on StackShare is not actively maintained, so the information here may be out of date.
View Profile
Social Media E-Commerce Social Commerce Curated Web
Tools mentioned in article

David Chaiken (He Him) 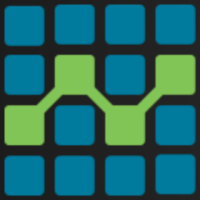