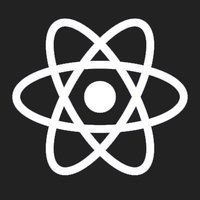 What is React VR?

React VR is a framework for the creation of VR applications that run in your web browser. It pairs modern APIs like WebGL and WebVR with the declarative power of React, producing experiences that can be consumed through a variety of devices.
React VR is a tool in the Virtual Reality category of a tech stack.
React VR is an open source tool with 8.6K GitHub stars and 1.3K GitHub forks. Here’s a link to React VR's open source repository on GitHub

Companies
3 companies reportedly use React VR in their tech stacks, including Digital Services, Fullstackrebels, and Common.
Developers
77 developers on StackShare have stated that they use React VR.

Here are some stack decisions, common use cases and reviews by companies and developers who chose React VR in their tech stack. 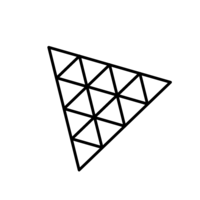 I am about to create a React application that should show a 3-dimensional space where you can click and move.

The goal is to make it accessible in the long run for VR. Important here is that it needs to be compatible with as many browsers as possible.

I am wondering which would be a reasonable way to build this? A-Frame seems very popular but does not seem to be a good choice together with React. So the question is whether to go with plain three.js or to use one of the three.js-based Frameworks, e.g., React VR or react-three-fibre?

I am new to VR. I am in the middle of an investigation and would appreciate the expertise of people who already gained experience in this field. I am happy to answer questions in detail if they are any. Thank you in advance.

What are some alternatives to React VR?
A-Frame
It allows you to make WebVR apps with HTML and an Entity-Component system. Works on Vive, Rift, Daydream, GearVR, desktop.
React 360
It is a framework for the creation of interactive 360 experiences that run in your web browser. It pairs modern APIs like WebGL and WebVR with the declarative power of React, producing applications that can be consumed through a variety of devices. Leveraging web technologies and the existing React ecosystem, React 360 aims to simplify the construction of cross-platform 360 experiences.
Vuforia
It is an augmented reality software development kit for mobile devices that enables the creation of augmented reality applications. It uses computer vision technology to recognize and track planar images and simple 3D objects
Wikitude
It is a library for location based AR, image recognition and tracking for Android, iOS and Smart glasses.
Amazon Sumerian
Amazon Sumerian lets you create and run virtual reality (VR), augmented reality (AR), and 3D applications quickly and easily without requiring any specialized programming or 3D graphics expertise.
See all alternatives
Related Comparisons